Week One: The Competition Begins

The Launch Party last week was a total blast, but the real ‘meat and potatoes’ of this project, the creative core, has only just begun. We were floored to see the extent of community interest at #ProtoComp2015 launch, and were futhermore encouraged to see that almost everyone who partied with us last week, not only signed up, but showed up for Week One to compete. 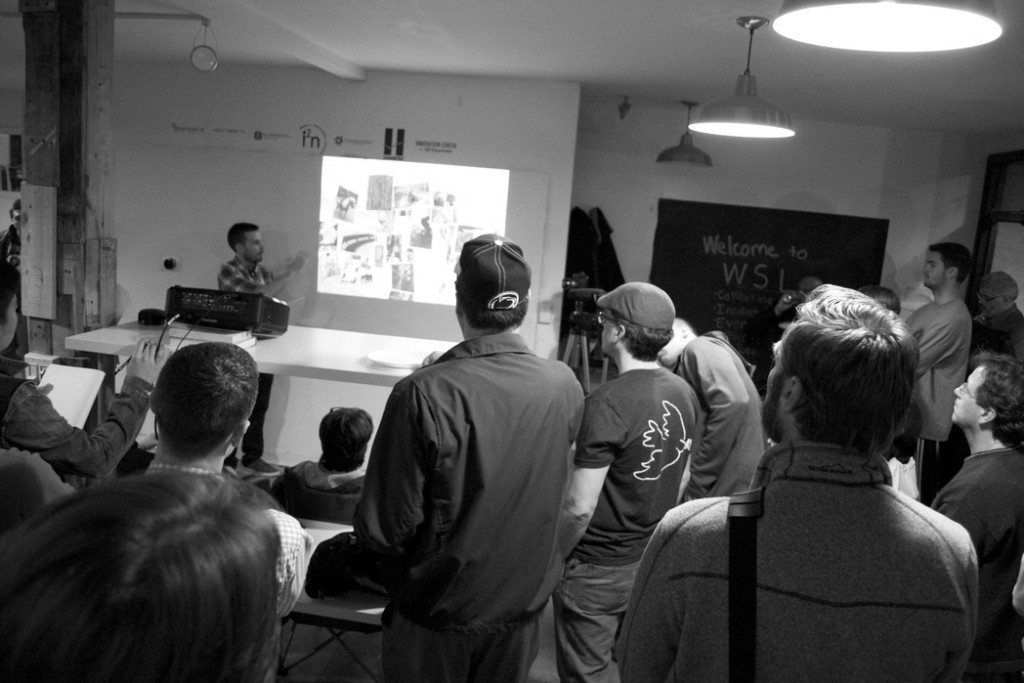 The teams got the Unisys’ backstory from Jim Thompson, the VP of Software Engineering and Supply Chain. He was able to shed some light on the Unisys’ 118 year-long challenge with building design elements, that began with the typewriter. 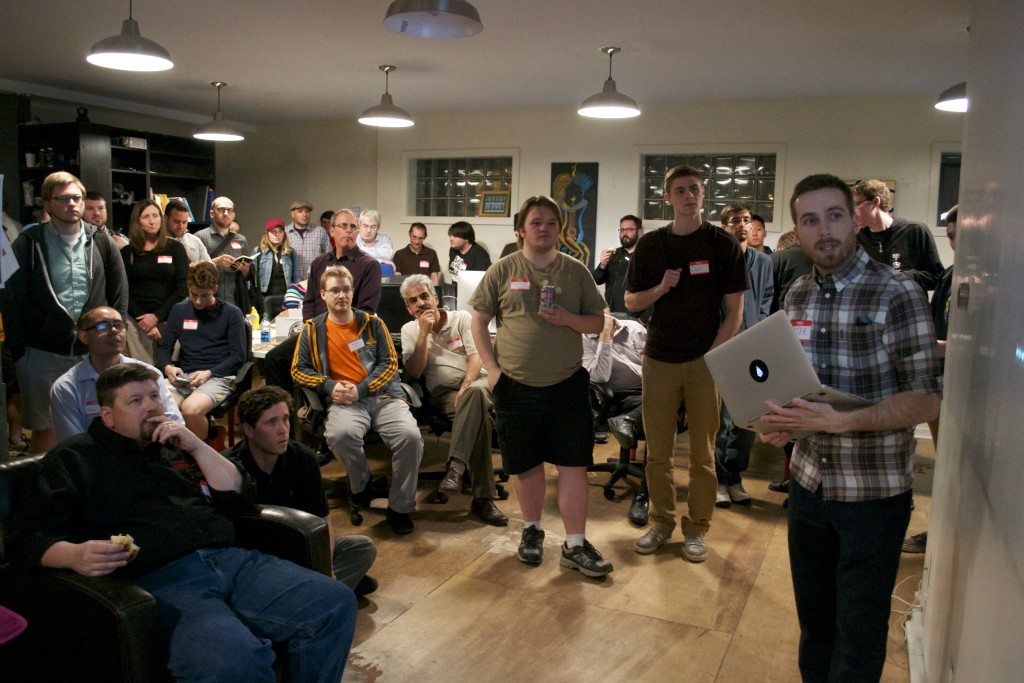 Local UI and UX Designer, Peter LoBue, explained that to create an effective user interface design, you must test assumptions with potential users and incorporate your findings into the design process. Peter showed the power Rapid Prototyping by explaining the process of tweaking prototypes over time to get the desired feedback, while also visually showing how to document your findings. 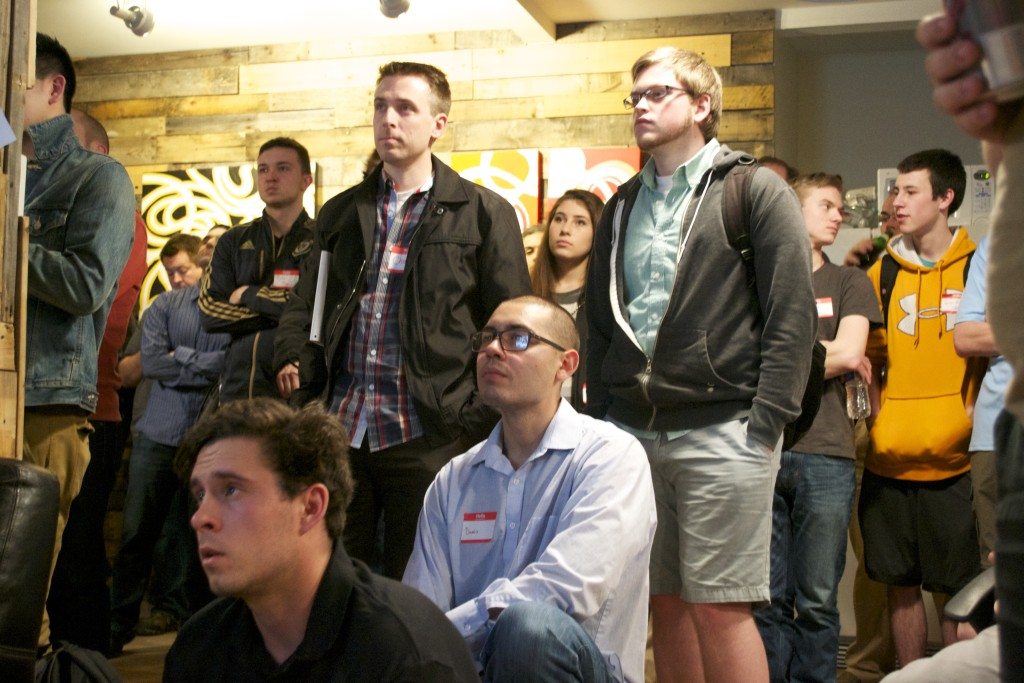 Peter introduced a UI design tool to the #ProtoComp2015 team that is taking the design world by storm. InVision is making  the designer iteration process so that virtually anyone can take a solid design idea and create a professional-grade design element, or wireframe. InVision’s work to created such an accessible utility seem like the perfect candidate for a competition such as our with an identical mission. 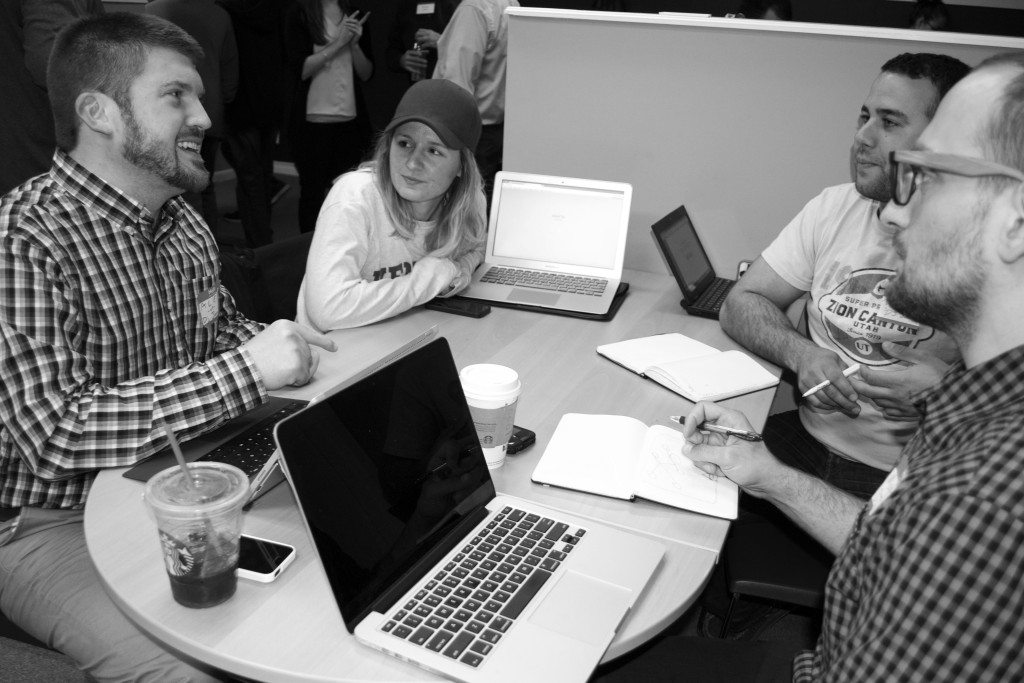 Kyle Nahrgang of Unisys shared how Agile + Scrum methodologies streamline team-based software engineering decisions and action plans by encouraging thorough organization and constant feedback. With Agile + Scrum, a team will have a clear understanding of the work that has been done, is being done and will be done. This crash course focused on the basics of what Scrum is and how it’s helpful. 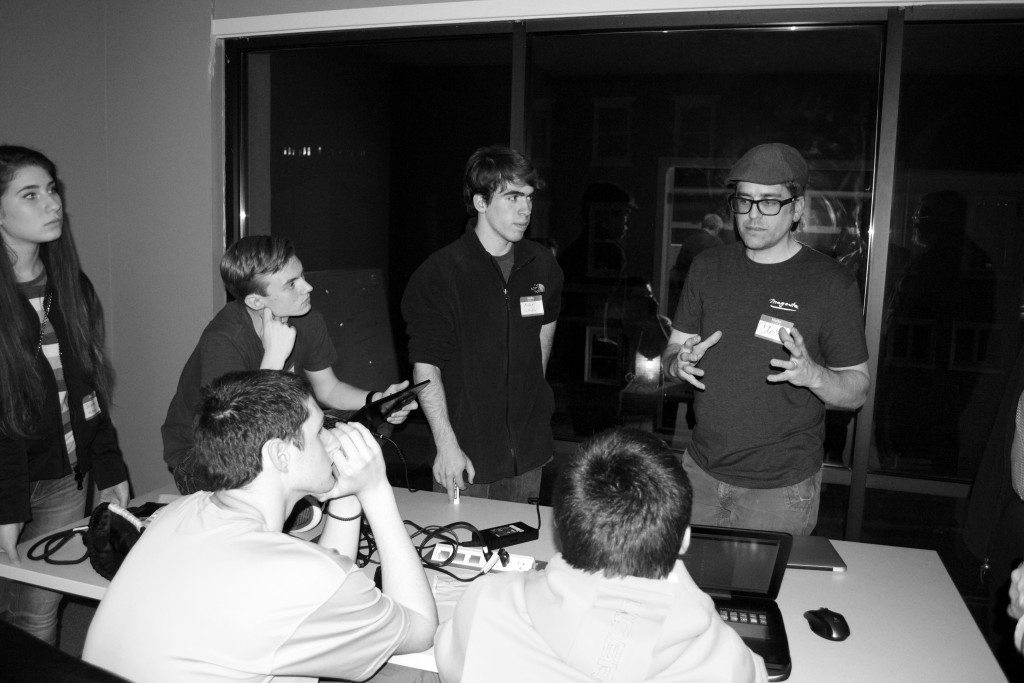 Very few places in the United States are opening their doors to facilitate conversational level technology education, and offering an inclusive opportunity to build something from scratch in a creative group environment.  The work we’re doing is setting the pace for what for-profit organizations and educational institutions will do in the future, and we don’t take this lightly. We’re grateful to all the people that collaborated with us on Week One and we can’t wait to see what comes out of Week Two. Thank you for recognizing that the best way to buck ‘Status Quo’ obsolescence is to actively work towards the solution. Walnut St. Labs is raising the collective consciousness of technology one event at a time. Join us.