We’ve partnered with NextFab to create a “MiniMaker Space” here at Walnut St. Labs, and sent Wilhem, our lead developer, over to learn about 3D Printing. He jumped at the chance to sign on as our 3D printing technician. Wilhem’s always been interested in 3D printing and now gets the chance to run two bukitos. Here’s what he had to say about the experience:

What was your reason for going to NextFab, other than its super cool?

The partnership between NextFab and Walnut St. Labs has brought more tools for innovation to Walnut St. Labs. This also fosters our connection to the growing tech scene in Philadelphia proper and the suburban surrounding. Many people in the suburbs don’t get the chance to use 3D printer and we’re excited to provide more access to these technologies in our town. 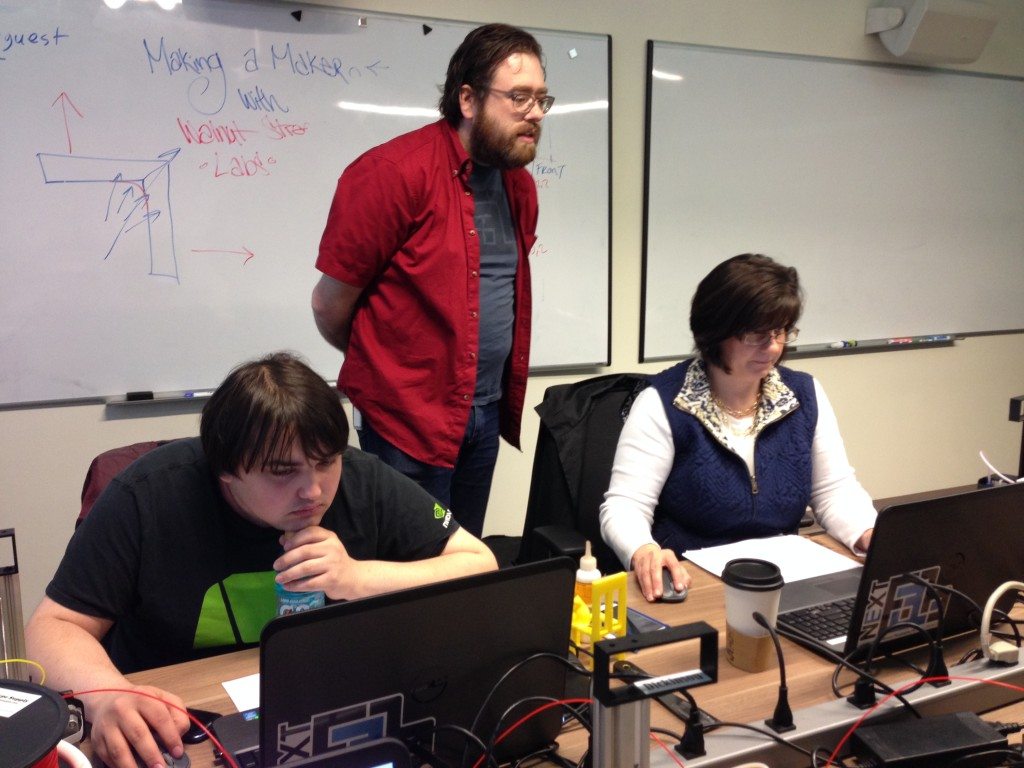 What did you learn?

While at NextFab, I was taught a lot about the history of 3D printers, and about the software that enables them to work properly. I enjoyed learning not only the things a 3D printer could do, but also what they couldn’t do and how someone would get around these limitations. I was personally excited to create anything and everything that was possible. Many of my friends were lining up to request different things to print such as dice, a mini Tardis, cats, and I was happy to create these. I love learning new things and 3D is a world world that has recently been opened up to me.

While at NextFab, I was mostly interested in the software it takes to put all of the pieces of a 3D printer together. The hardware is interesting enough, but the process of something being taken from a computer and made real was facinating. It continues feel to be like magic watching an object be created. It’s astounding to see an optical illusion on a screen becomes a real object. 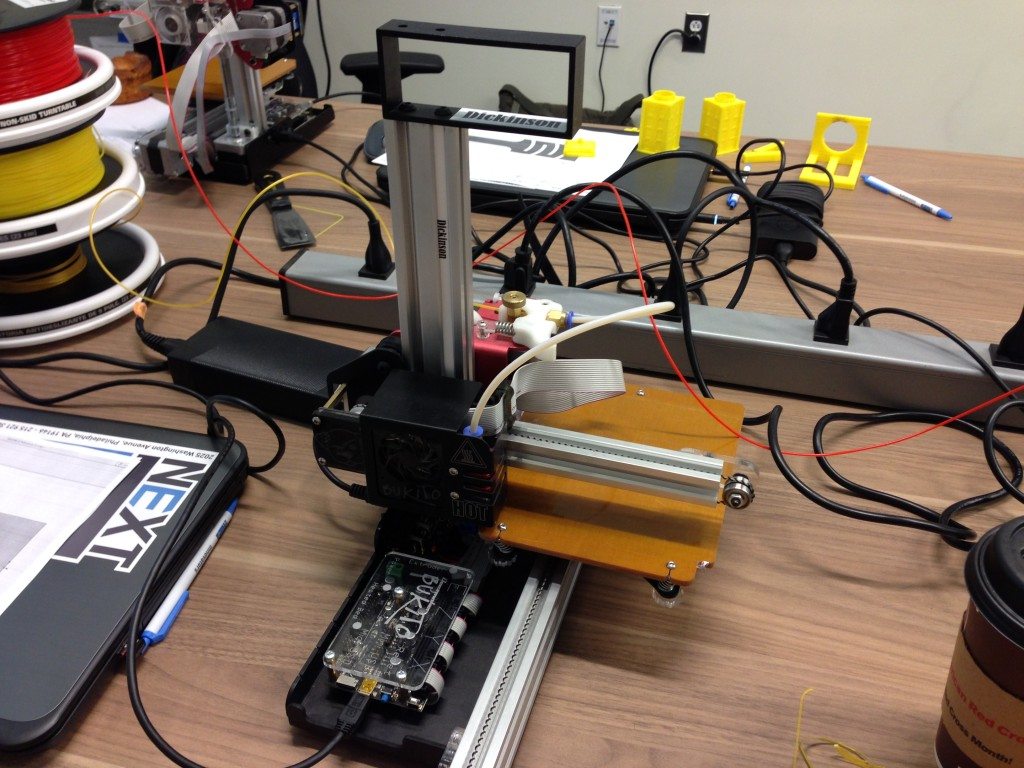 The two types of software involved in 3D printing are Computer Aided Design programs (CAD) and Slicing tools. A CAD program allows a designer to create 3D models by drawing shapes and then extruding or cutting pieces of it. CAD programs also allow designers to define certain features of their object with vectors. Designers create relations between other shapes in their objects, such as making the depth of a box equal to its width and length. If one were to make a perfectly cubic box, and if you were to change one element such as the depth, the other two dimensions would be smart enough to change with the edit.

The other piece of software is the slicing tool. Slicing tool (most notable for its popularity, Slic3r) will take a 3D model in the correct format and slice it into thin vertical layers. It will then generate code that will tell a printer how to create each layer. 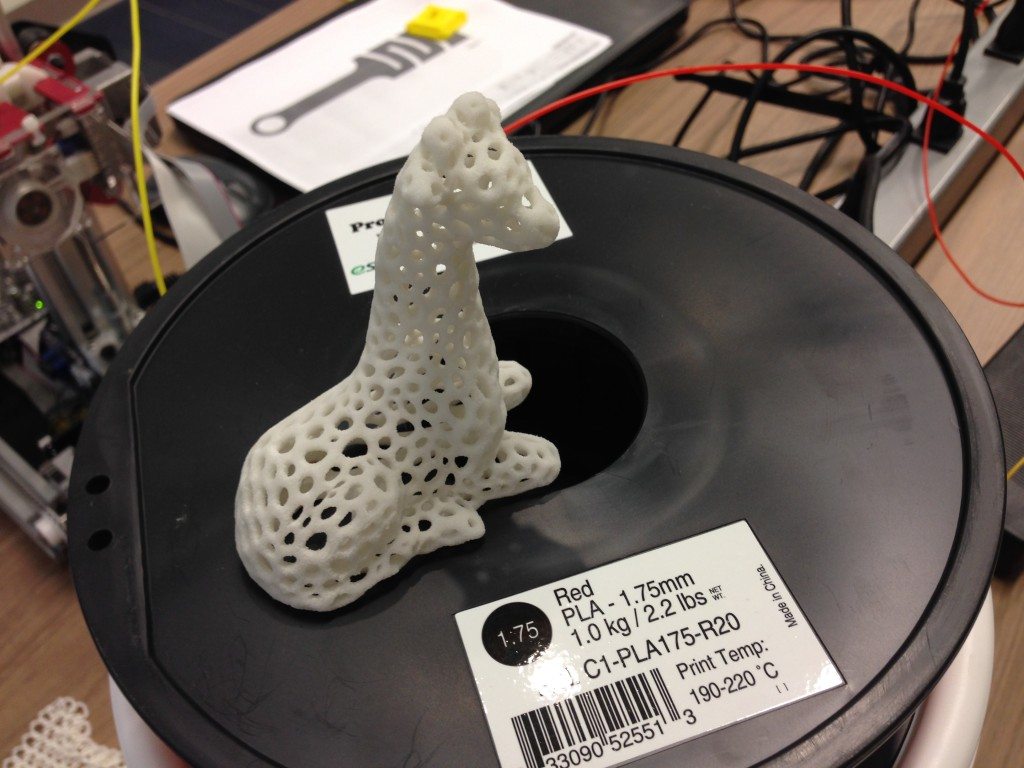 NextFab is a makerspace that put the tools to build virtually anything in the hands of a skilled community. The environment was extremely open and welcoming to new learners. At one point in our tour, a member allowed us to ask various questions about his projects. He was also extremely open to showing us his project and was incredibly knowledgable of his trade. It was super fun to meet him and learn from his experiences! 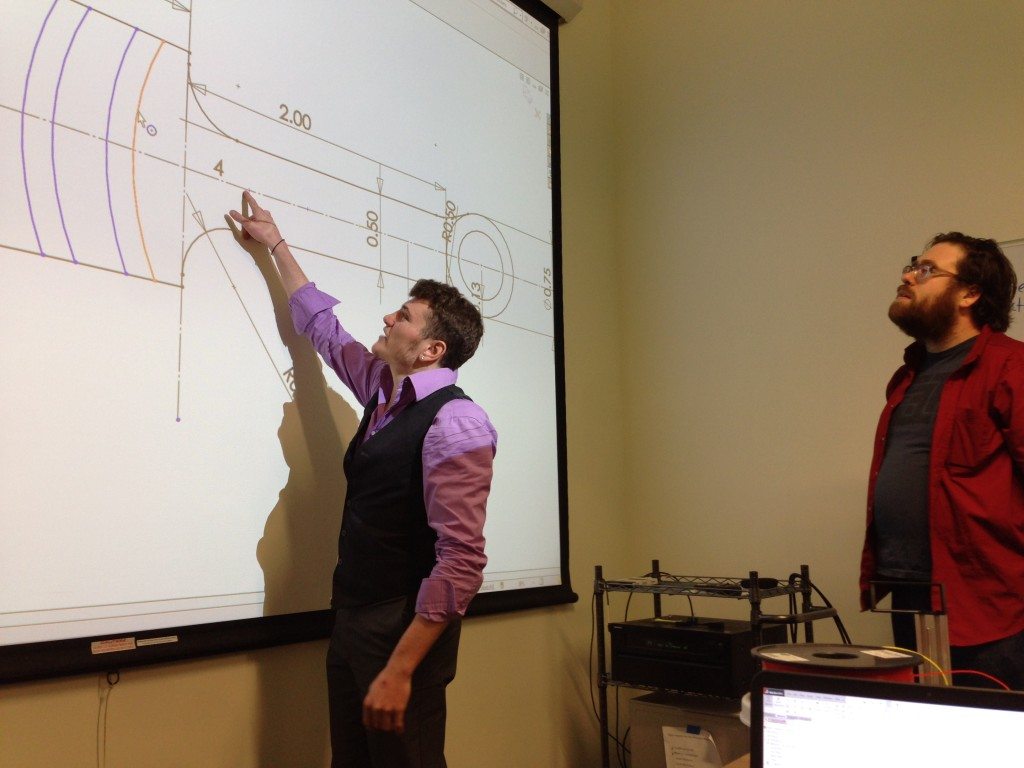 What have you gained from demoing the 3-D printer at WSL? 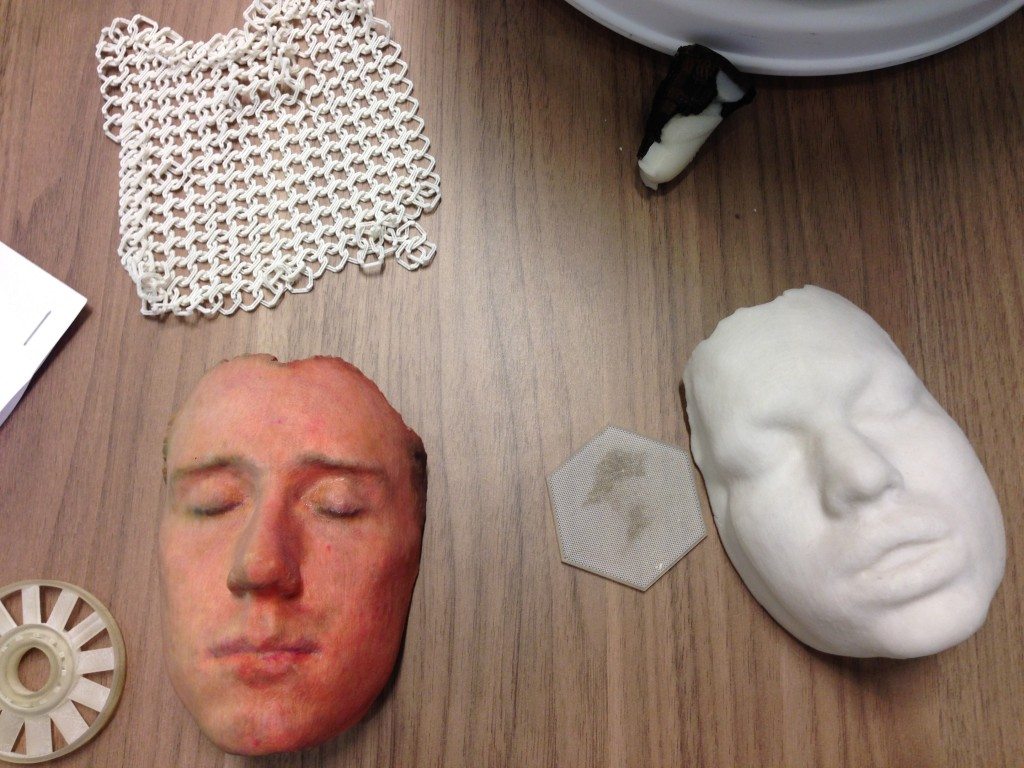 What do you hope to do with this in the future?

In the future, I hope to progress what can be printed. Pushing the boundaries on what we can print and the speed at which we can print them will advance ideas faster and ultimately be more fun. As a fun project, I want to take screenshots of a video game or an animated movie and print out the scene that was captured. Bringing in something from the vitural world and having this new perspective on it is something unique to 3D printing and is something to explore in depth. I’m really looking forward to exploring all the possibilities that are out there!