Four bitcoin enthusiasts weigh in on the current stage of bitcoin evolution during a collaborative panel discussion.

The Panelists
Ryan Findley, founder of Neomind Labs, a Philly-based custom software company focusing on Ruby on Rails development. “We accept bitcoin as payment, but so far no one has taken us up on that.”

Andrew Schwabe, CEO and founder of new startup Formatic. “We want to find out why people don’t hit the submit button on your form.” Andrew has bought, held, and sold lots of bitcoin over the years but emphasizes, “Today is about us expressing our opinions. Nothing we say is buying, selling, or legal advice.”

Patrick Millar currently works with startups after serving as CTO at Chatham Financial. “My experience in the financial industry taught me about the annoying little things that have big implications.”

Jonathon Beschen, founder of FaceCrunch, a digital advertising platform, and a partner at SparkNET Technologies. “I’ve watched bitcoin in Hacker News from the beginning. Even though it took 2 years of studying it before I grasped what it can do, I purchased it early on.” 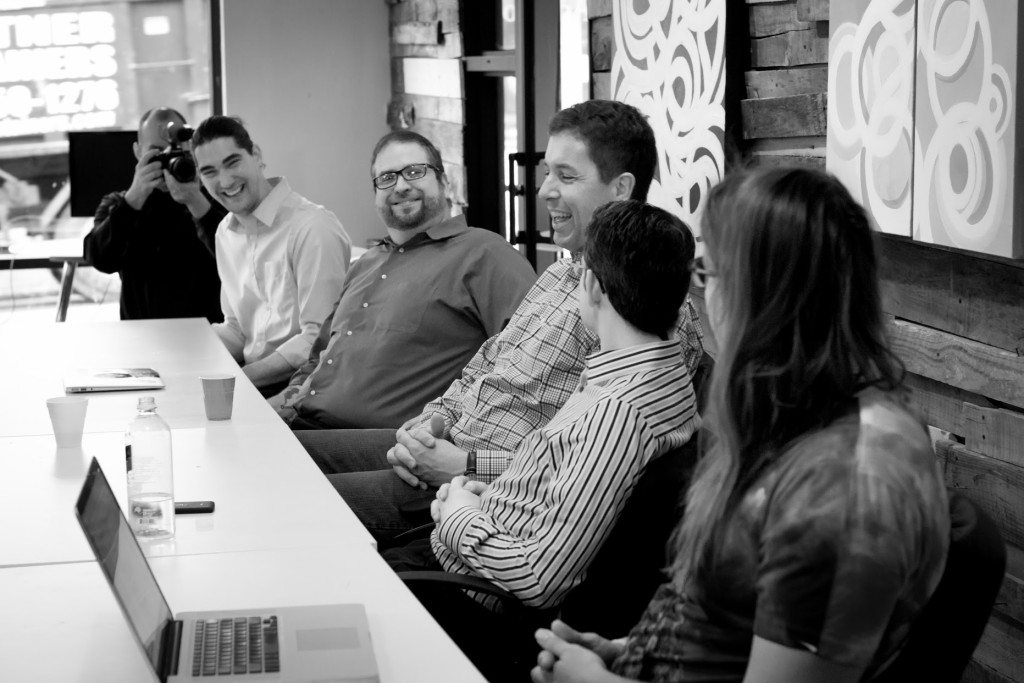 Bitcoin 101: What is it?
Patrick: “What is money, period? Bitcoin is an invented currency, not tied to anything underlying, like the state or gold. It has no value other than that people are using it, but can be used as a medium of exchange. How do you value it? It’s worthless, yet it has value.”

Jonathon: “The founding premise is that it solves the Byzantine Generals Problem. How do you facilitate a trustless interaction between 2 parties? With the current system, you have to trust the bank or state that backs the currency.”

Andrew: “It wants to be currency, but in my mind it’s a science experiment. If you put your trust in the government that has that money, for example, and that government decides ‘we’ll just print more money,’ then that affects everybody.”

Ryan: “Bitcoin is unique in that there is a fixed supply. There will only be 21 million bitcoins, ever, but it is infinitely divisible.” 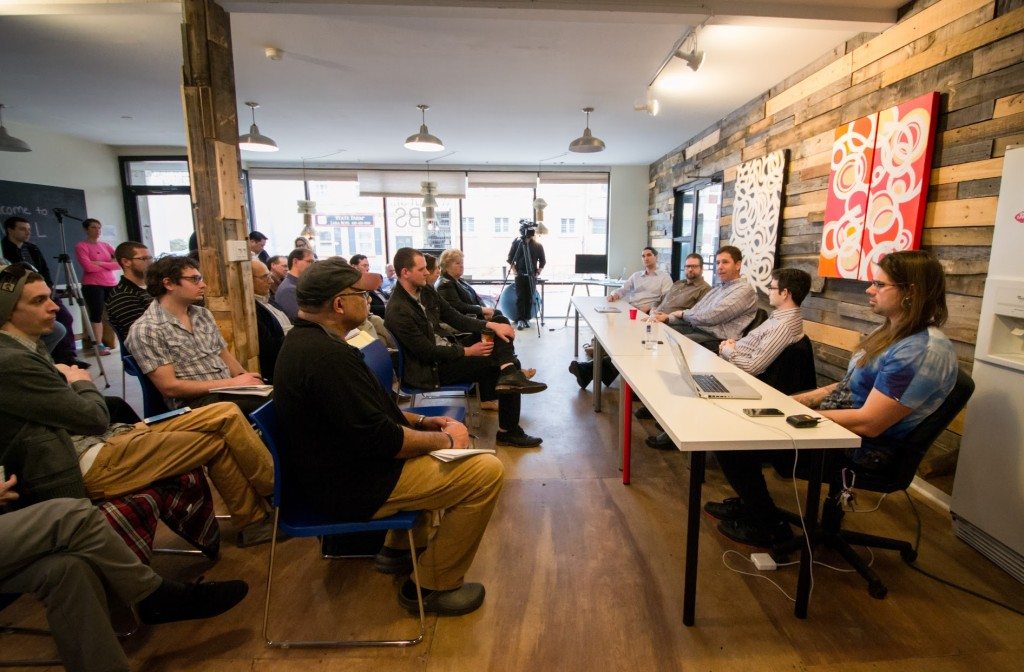 Benefits of Bitcoin
Jonathon: “You have a ledger available that is totally transparent. It has a publicly auditable trail of every transaction. Even though originally, it was supposed to be completely anonymous, that audit trail helps keep regulators honest.”

Patrick: “In the developed world, bitcoin becomes a competitor to Visa and Mastercard. Since bitcoin doesn’t charge anyone a 3% transaction fee, companies that accept it are excited because it’s an immediate 3% addition to their bottom line. In the developing world, bitcoin can allow a young female farmer to be paid and to have control over what she is paid. That, in turn, has huge economic impacts to the developed world too.” 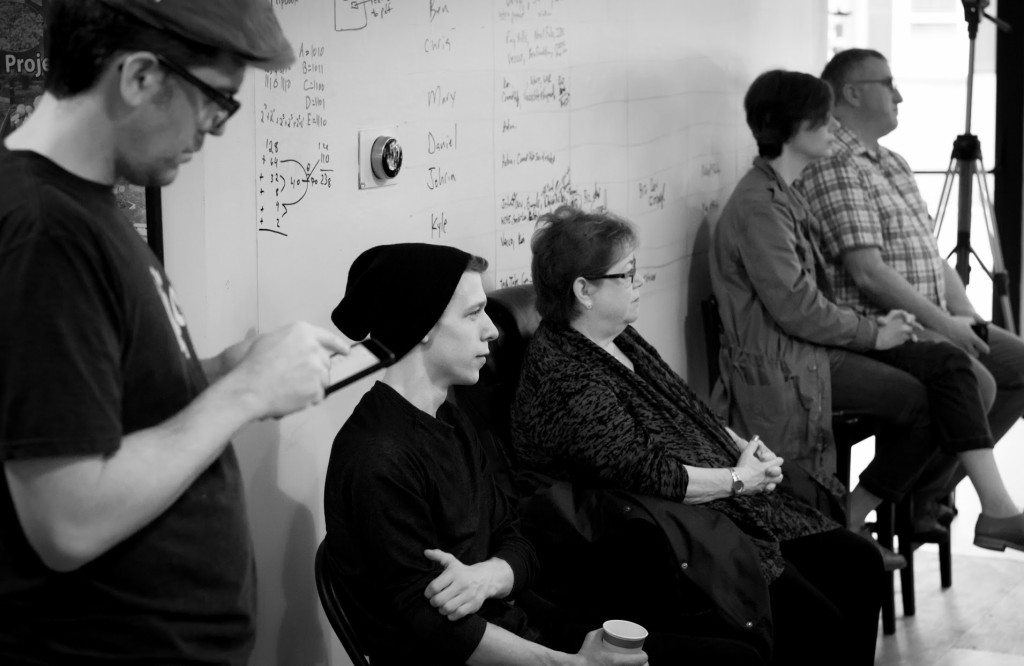 Ryan: “By using bitcoin’s marketing change tip, you can give someone a tip based on something they said on Twitter or get access to news stories.”

Jonathon: “With micro transactions, if everyone subscribes to driverless cars, you could say ‘I need an express lane,” and all the driverless cars that don’t need the express lane would get out of the way. Your fridge could buy milk for you buying bitcoin.”

Patrick: “There are privacy concerns with having people knowing where you are driving using trackable technologies like EZPass. With a bitcoin pass, payment and privacy could be guaranteed. It’s highly secure.” 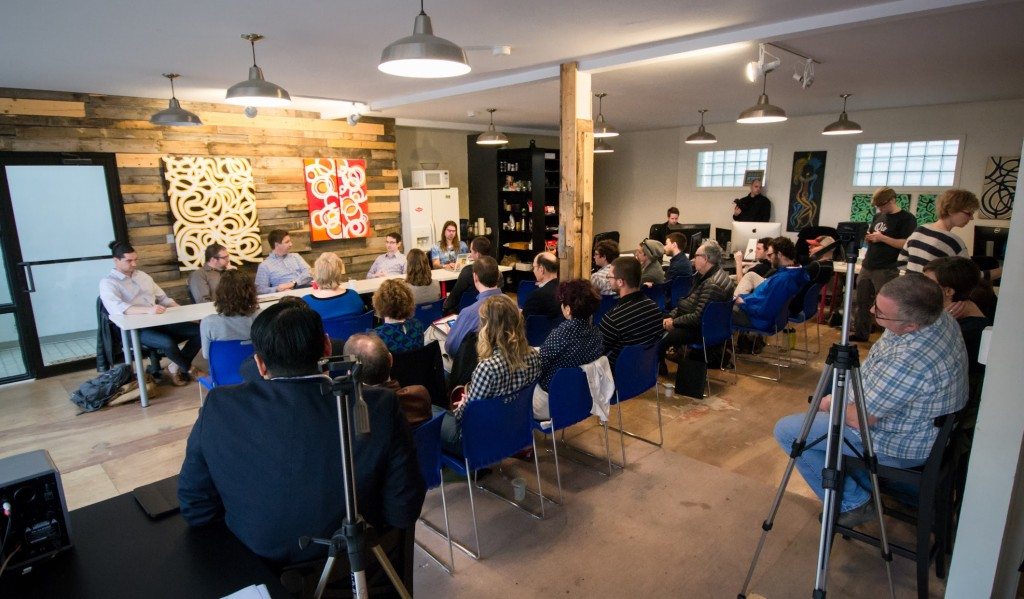 The Block Chain
Andrew: “Block chain is like the old-world ledger books. Two different columns, with each volume of that book being a block. Inside a ledger is a list of transactions that are sequential . The value is cryptographically, computationally, very hard to fabricate, because of all the CPU effort required to build the block. Everybody has a copy of the entire ledger, so it can be proven.”

Ryan: “The process transactions are created by happen in blocks. Each transaction is linked to the one before it. The latest one has to have a value that depends on the prior ones. With mining, you take the transactions, put them in a block to do a computation and put a value on it. Mining takes hardware and makes valid blocks. The network pays people for mining, and through the process of creating new blocks, you get paid in bitcoin.”

Patrick: “You’re bundling transactions in a block, and there’s a race to get the bundle approved, which is correlated to processing power. But there is also an element of chance. The more horsepower you throw at it, the better your chance of winning a race.”

Ryan: “In 2011, I was using a GPU graphics card with limited success. At one point, I had 4 graphics cards. Today, you need to build custom hardware.”

Jonathon: “The algorithm becomes more difficult as more power is applied to it. Specially made units can barely do the computations. So now there are networks and pools of people contributing their processing power in ‘mining guilds’ to harness the shared processing power.” 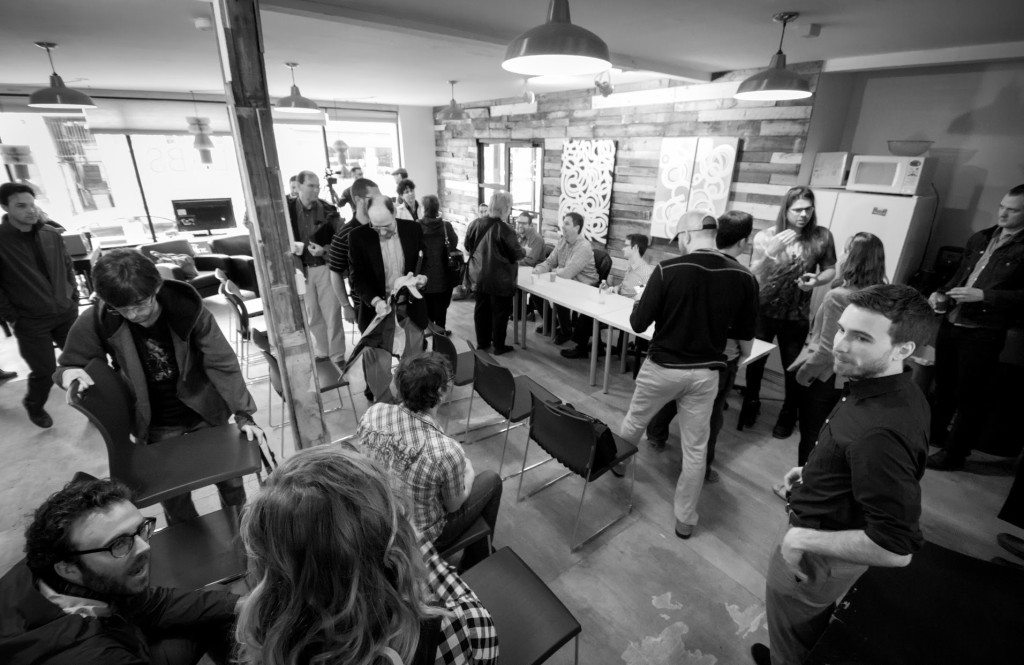 Summing up
Andrew: “Like I said, it’s a science experiment, not a revolution. But a surprising science experiment. It’s not going to be a dominant currency. It takes too long to process transactions and the spend for CPUs is huge. But I think the underlying block chain technology is probably where the gold is, long term.”