“If we don’t engage women and underrepresented groups, the U.S. is going to be in trouble. By 2020, there is going to be a job deficit of 1 million workers in the tech industry.”

Tracey Welson-Rossman is working hard to change those stats. She founded TechGirlz.org and chairs the Women’s Tech Summit in Philly, and is also the Chief Marketing Officer at Chariot Solutions, an IT consulting firm. She wasn’t always passionate about tech, though. “My path in my career has been highly curved. If you’d asked me what I wanted to be when I graduated, I’d have said an executive at a high-level women’s clothing store, married to my high school sweetheart. None of that happened.” 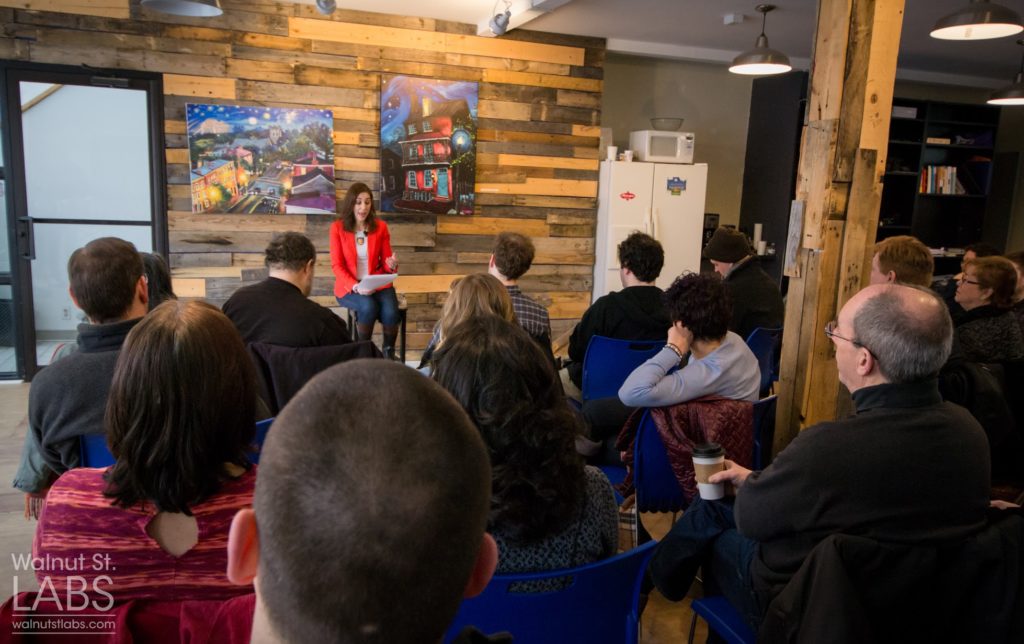 Her first job was for Philly clothing maven Strawbridge and Clothier, where she loved the excitement but not the striation of the corporate ladder. “If you were innovating, it didn’t matter. I’m a type A, sometimes a type A+. I’ve always been rewarded for doing good work. What I was being told here, though, was that I had to wait my turn. And that didn’t sit well with me.”

She moved on, joining QVC when the company was in the beginning stages of building its empire. It didn’t take her long to realize it wasn’t a good fit.  “I was seen as a maverick. Which was not a compliment there.” 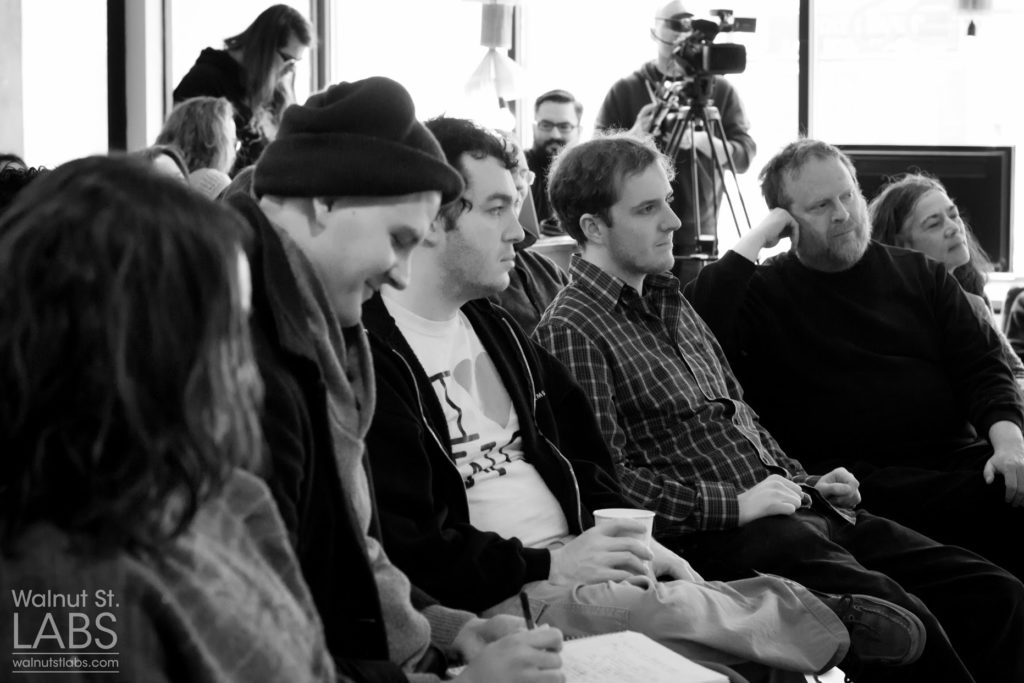 On the Road to Entrepreneurship
“The people you work with are really important to your overall happiness, whether you realize it or not.”

ValPak
Tracey reconnected with one of her old profs at Drexel, which led her to her first foray into entrepreneurship, working in sales for ValPak. She applied her work ethic to the new industry. “I’m a planner. I planned my first birth to be between sales deadlines.” Within a year, she was making more money than she had in retail. And yet ValPak left her restless, too, which taught her the lesson of making sure you understand what drives your employees.

KangaKab
Her next move was to buy KangaKab, a NJ-based transportation system for kids, in 1996. “At the time, running the company was the most challenging thing I’d ever done.” But Tracey was a bit lonely. Although she liked the people she worked with, she felt she couldn’t share with them. The feeling was a harbinger for her transition to the next phase of her career, and her life.

She sold KangaKab in 2000. “If I hadn’t bought KangaKab, I would’ve just rolled through my career being ordinary.” 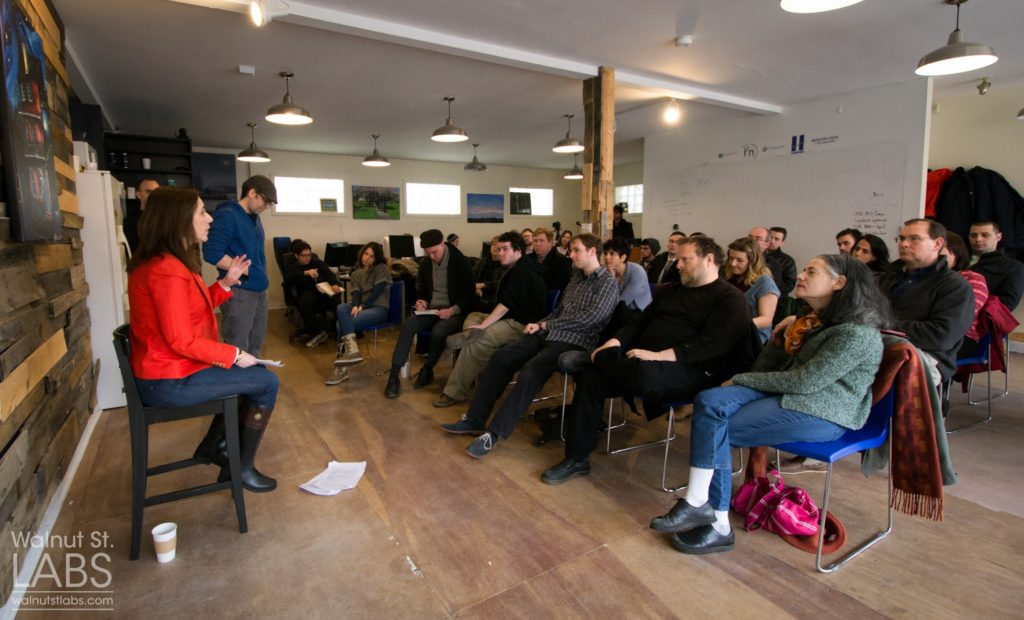 You Can’t Do It on Your Own
“In the team, there is power. Vision will only get you so far. Execution is where you fall down.”

Something clicked when she walked into the offices of Skylight Systems, an accounting software firm just down the street from her house. “I felt like I’d known most of the people in a prior life.” The move led to her latest venture, Chariot. “We had an incredible team there but not a business. So we decided to build one. The company needed Java development, and we had some developers who were getting really good at it.”

Chariot started out when the economy was terrible. “Starting at the bottom, you have nowhere to go but up.”

This July, Chariot will celebrate its 13th anniversary. “It’s a team effort. We have a focused mission and message, a strong culture. It’s not all been perfect. We’ve made mistakes, we’ve gotten lucky, and we’re still here.” 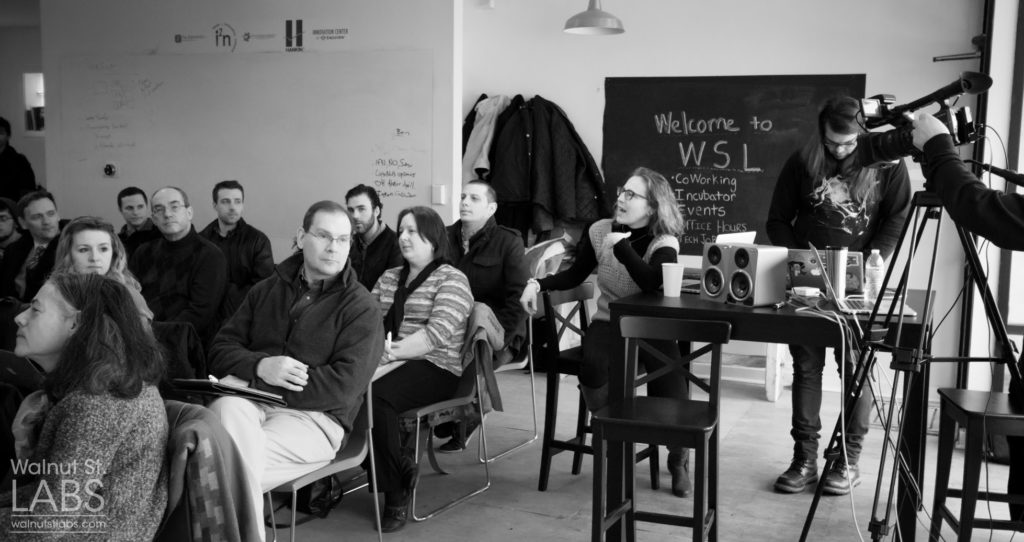 Activism and the Philly Tech Community
“This is Philly. We don’t flip companies here. We build them.”

Always passionate about Philly, Tracey is a founder and board member of Philly Startup Leaders, as well as chair of the Women in Tech Summit. She also started TechGirlz, a nonprofit that supports 11 to 14 year-old girls learning about careers in tech.

“We’re creating a community of women and girls to change the conversation about what’s going on. At Chariot, we see this parade of men coming in, but not women. TechGirlz gives us a way to talk about that, and to solve the gender disparity in tech.” 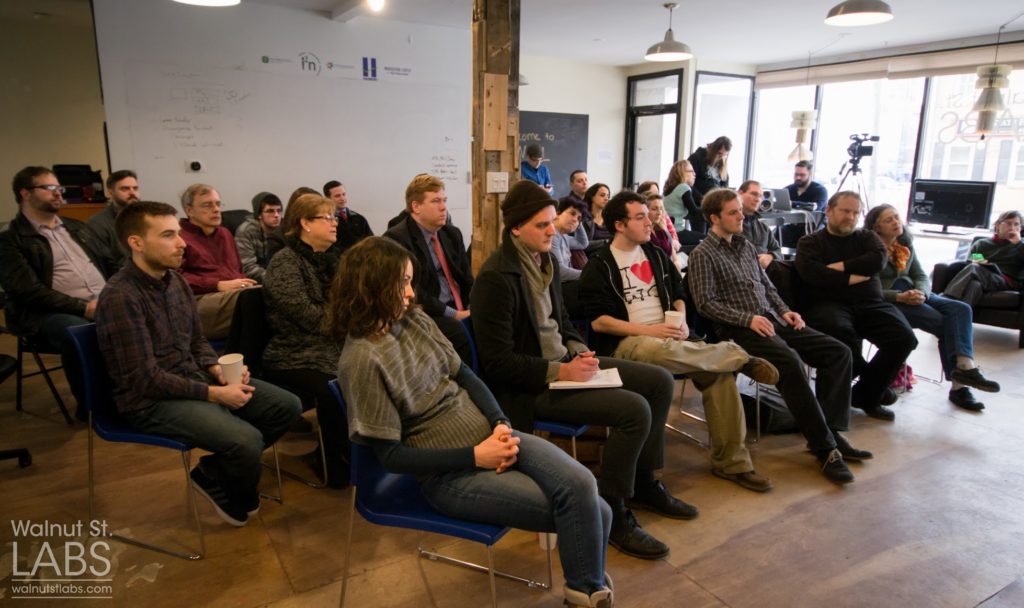 The program has been growing. At their first event this year, they had a 50-person waitlist. “We have some of the girls who started with us in middle school teaching for us now that they’re in high school. Girls want to be there, even if it’s their parents making them come.”

Tracey’s measure of success for TechGirlz is eventual obsolescence. “My goal is that TechGirlz won’t exist in 5 years. That there won’t be a gender issue. We’re creating this culture where girls belong here.”