We’ve asked WCU Professor and Founder of 16 Lloyd Productions, Jesse Piersol, to share her Office Hours experiences with us. It’s our hope that connecting with the right people will save your startup time, energy and other finite resources that propel your business, and ultimately the community forward.

“I started a small independent film production company last summer and needed some guidance on the business aspects of it. I scheduled some Office Hours time, which got me thinking about my business in a completely different way. It probably seems obvious, but I never realized the power of networking or the importance of building the community you want to eventually serve. My time at the Lab started me on that journey. I began attending all of the events. At each one, I would meet at least one person who had salient knowledge or connections, and most importantly, wanted to share that knowledge.”
— Jesse Piersol, Founder of 16 Lloyd Productions 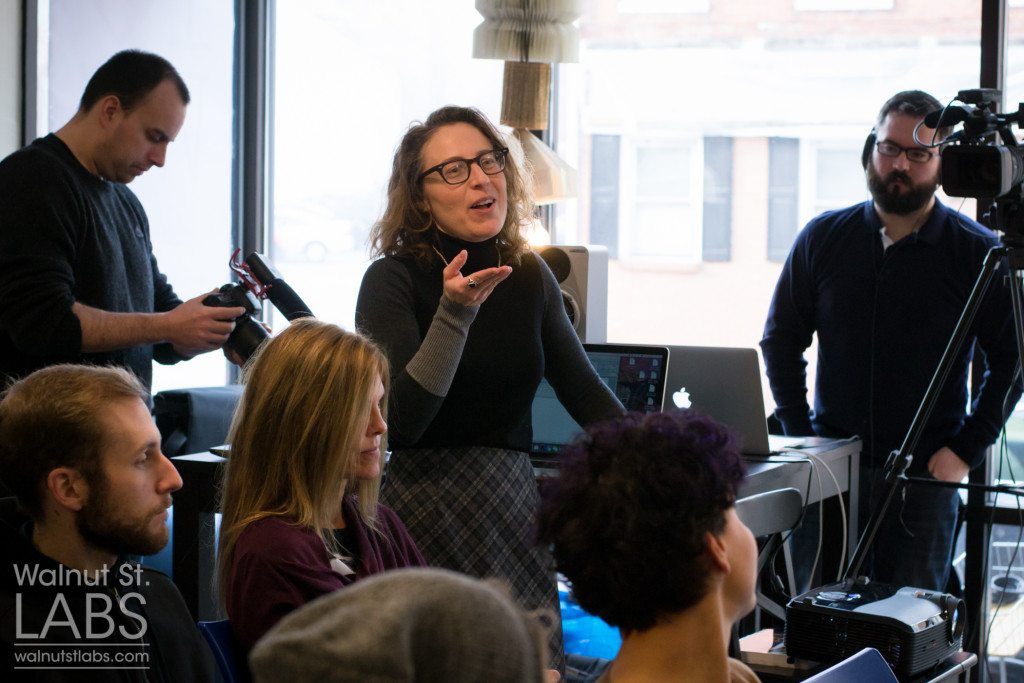 “My involvement with the Lab grew, and I began working on Indie Film Nite, a free monthly event that features a local filmmaker and his/her work. Today, I also blog about the Tuesday morning startup meetups and interview tech entrepreneurs about what it takes to be successful in the job hunt process. It all started with that one day when I decided to see what was going on at 23 N. Walnut St.”
— Jesse Piersol, Founder of 16 Lloyd Productions