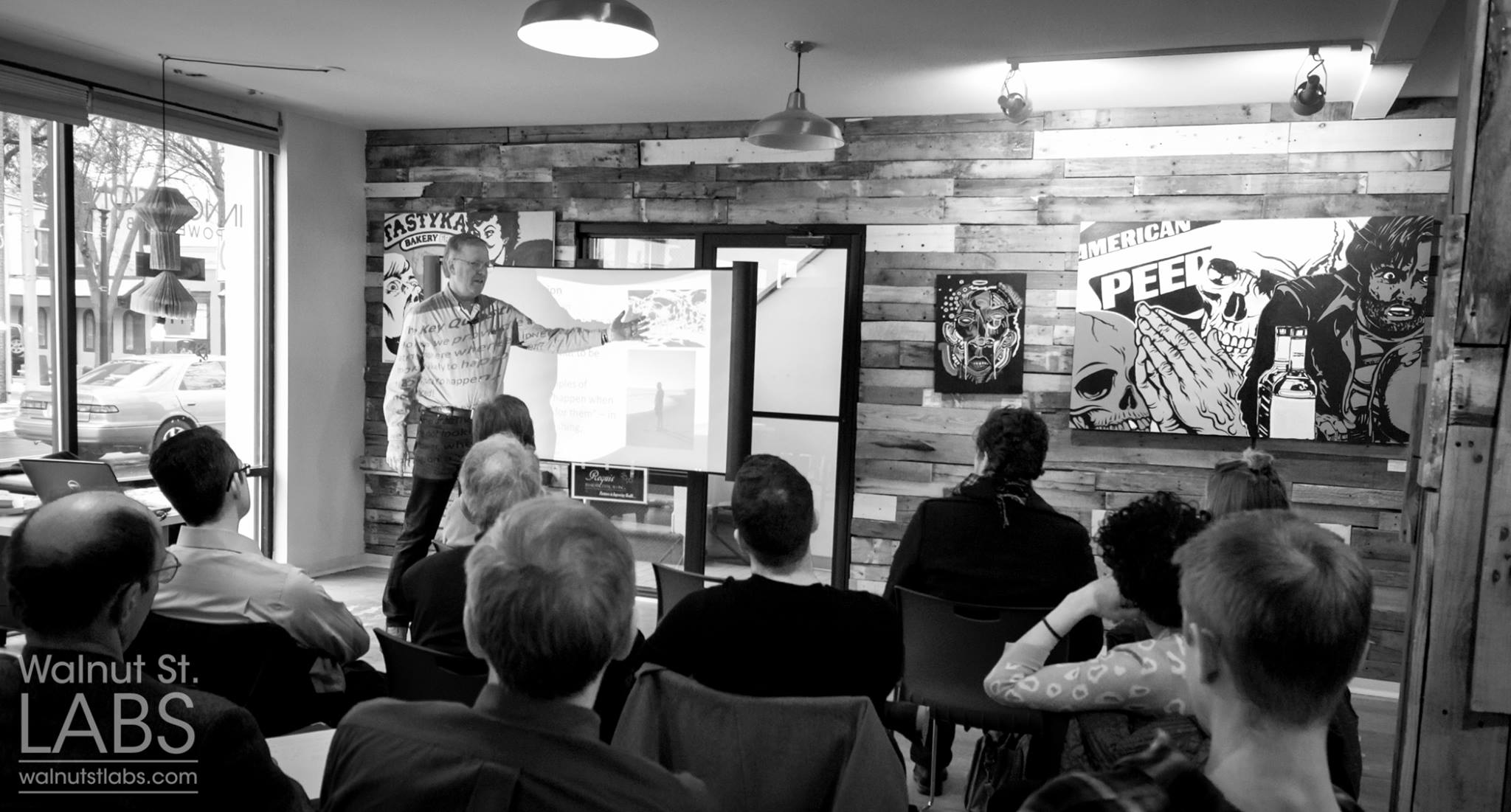 Lars Knutsen’s introductory slide is filled with black lines resembling ant trails–diagrams of the chemical structure of the successful drugs he’s developed over the course of his career. Early on, the self-proclaimed “chemistry nerd” interviewed for a Pfizer-sponsored Ph.D. spot at University College London, where the words of his interviewer stuck with him: “You’ll always have a job, because people are afraid of dying.”

He later joined Glaxo and studied for his Ph.D. while working there. But despite the success he found in big business, he found it difficult to be entrepreneurial in a large company. “You hire people with great ideas and then tell them they can’t do any of them.” 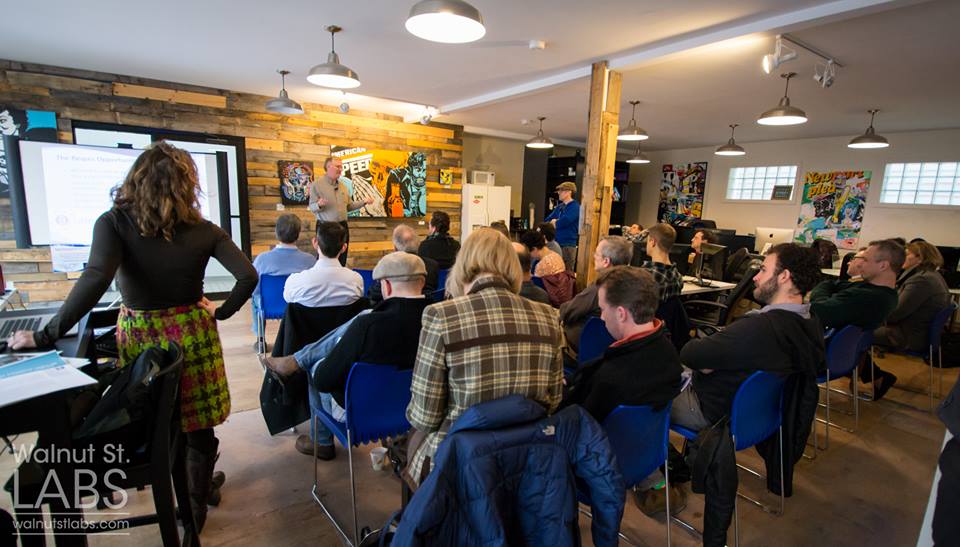 Today, Lars is CEO and co-founder of emerging biotech company Requis Pharmaceuticals, which offers “patented, de-risked treatments for central nervous system conditions.” It’s a perfect fit for him to fully embrace the creative aspects of science.

Science as a Creative Process
“You get high on ideas. Peptides and oxytocin are released in the brain and make you feel good. Everything is chemistry.” 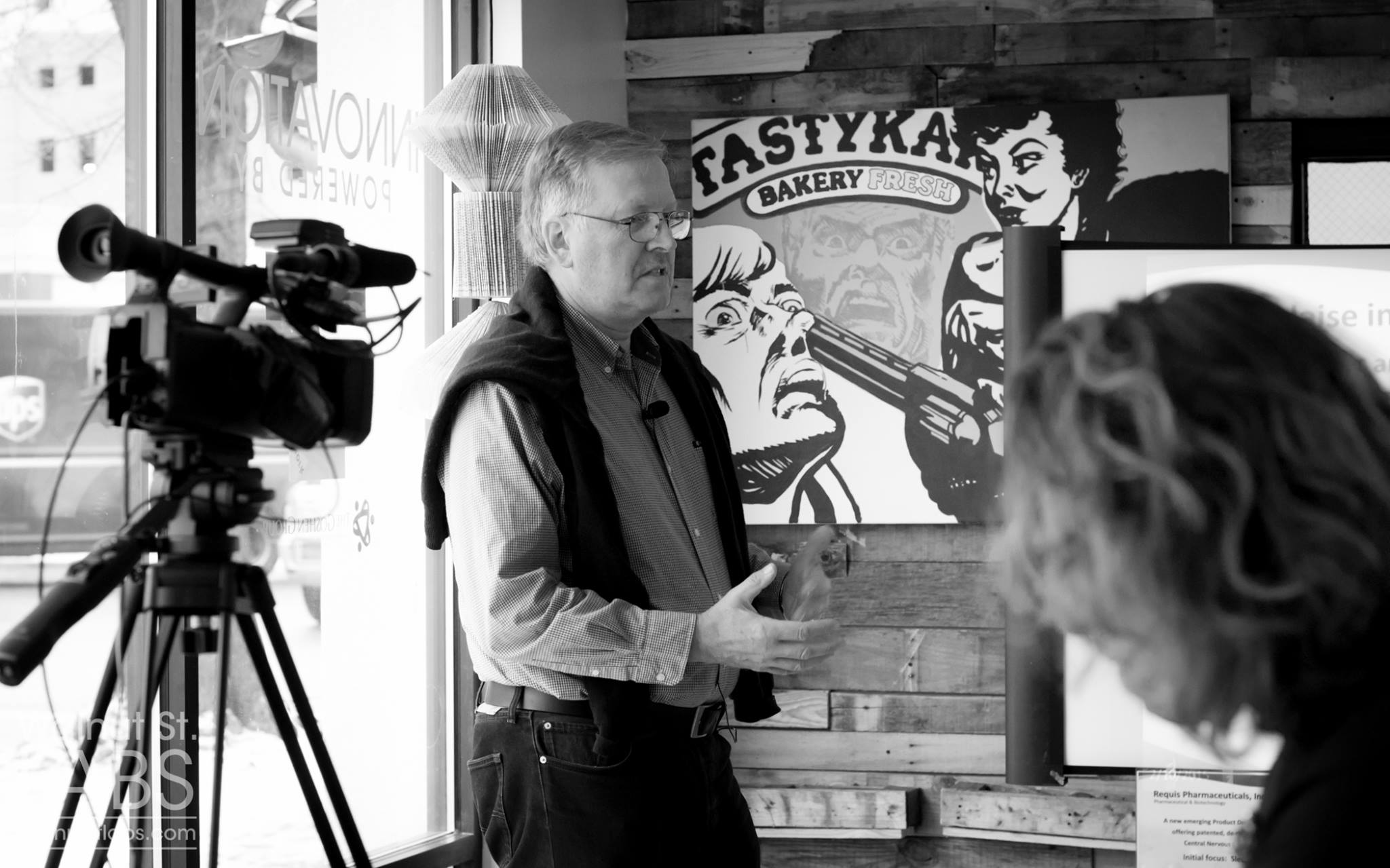 “What do you think the artist thinks about? Do they think about fine wines or black tie affairs? No, they live for that narcotic moment of creative bliss. A moment that may come once in a decade, or never at all.” Lars uses this quote from the movie Art School Confidential to underscore his point. “Making drugs is a highly creative process. Big CEOs at big companies don’t realize that.”

The Malaise in the Pharma Industry
“We are observing a general lack of innovation in the industry.” 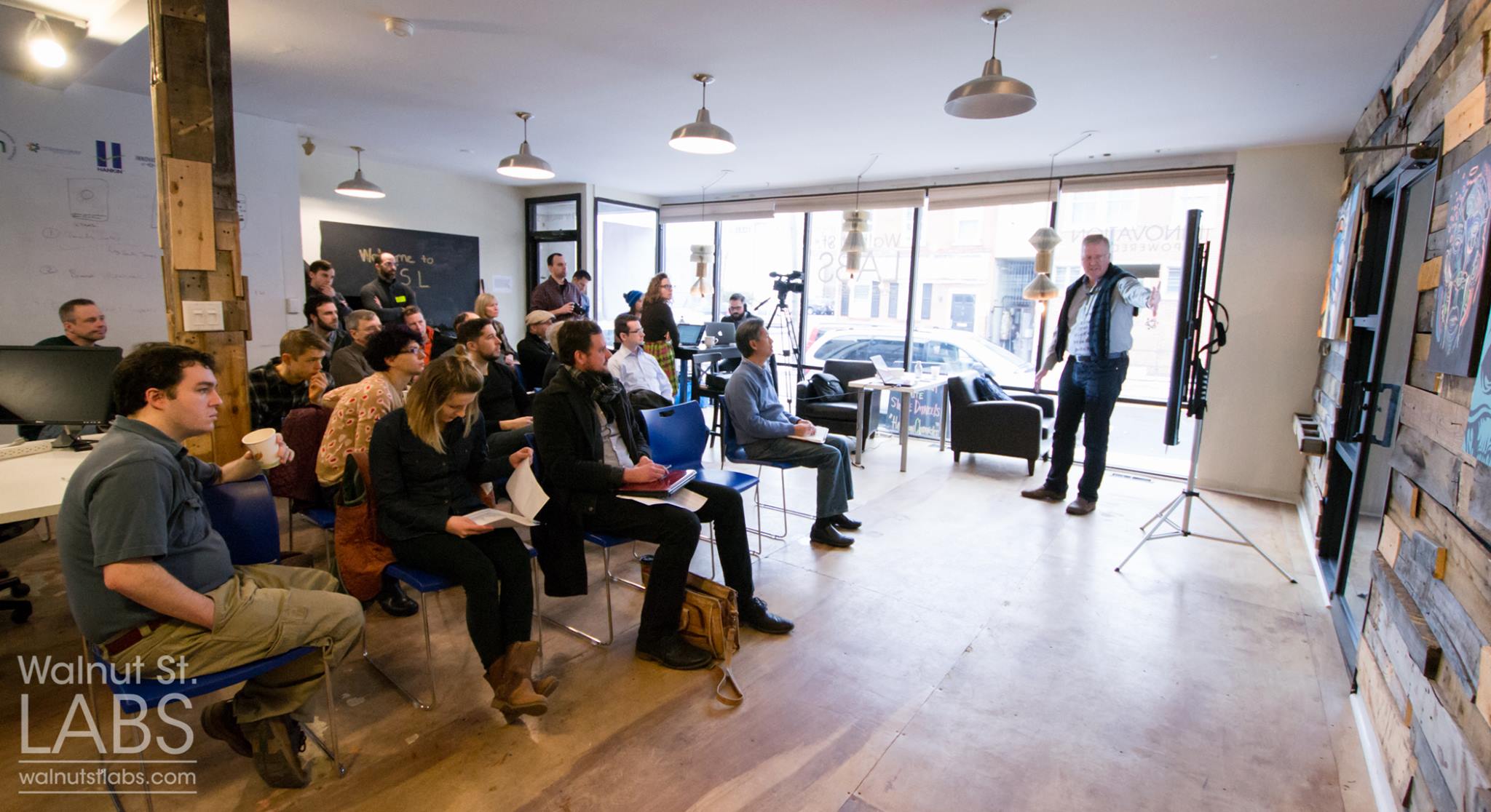 The prices of pharmaceutical stocks have plunged, and Lars points to big company mentality as one of the factors. “It’s a tough environment in which to invent drugs. We are observing a general lack of innovation in the industry. When I started, a scientist could argue for a point. Today, that scientist would be fired for arguing that point.”

“Senior management can appear to be remote, and may not understand inventions and research. R & D sites are seen as cost centers.” In addition, Lars notes that “stockmarkets have a very short attention span, which is incompatible with long term R&D horizons.”

The Prescription: Entrepreneurs
“Creativity doesn’t happen when there’s a gun to your head. It happens when you’re doing something relaxing.” 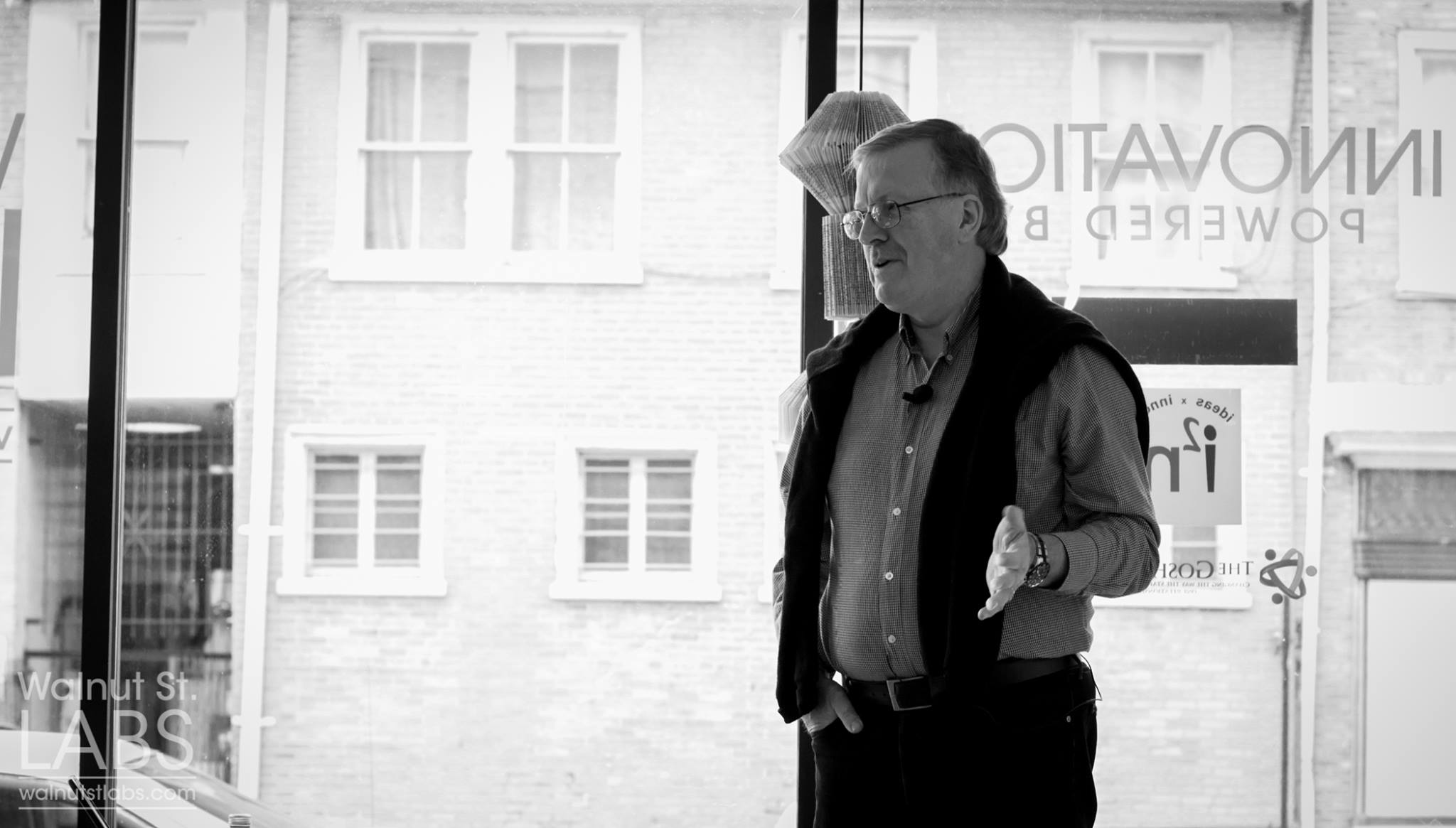 According to Lars, entrepreneurs are valued in the U.S. Small companies are nimble and can change direction quickly, maximizing on creative potential. “We have a great opportunity in ‘de-risked’ Requis. People-sized organizations are the best. Places where everyone can sit down in one room and interact, 400 people tops.”

On Requisom:
“Sleep is like the new sex. Everybody wants it and nobody gets it.” 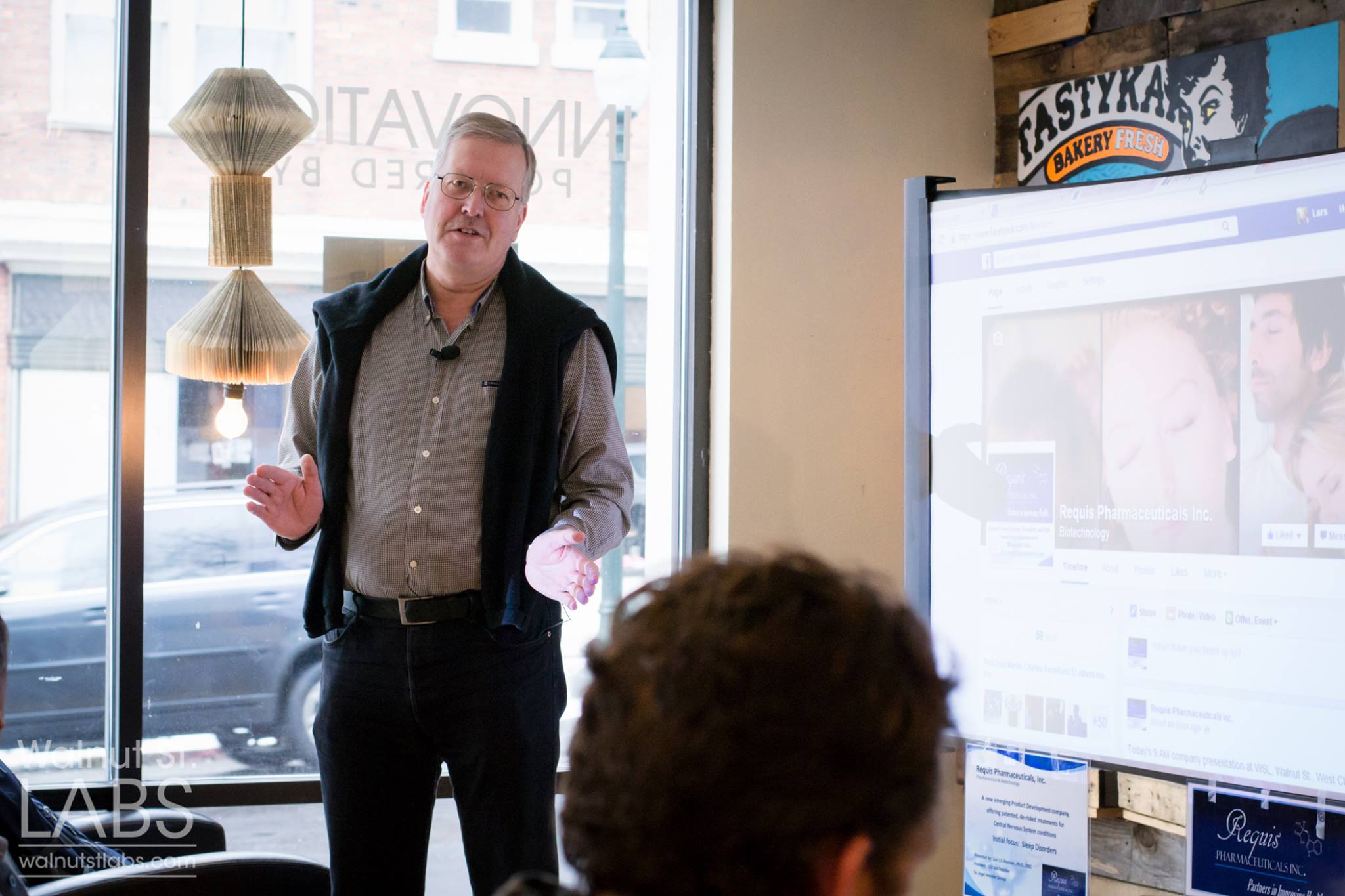 Sleep aids are a huge part of the biopharma market: $23 billion. “In addition, snoring is a problem and right now there is no drug for snoring.” Requisom addresses both issues. “When evaluated in human volunteers, sleep improved, and subjects stopped snoring.” A tablet comprised of a combination of doxylamine (an antihistamine), tryptophan, and melatonin, Lars notes that separately, these ingredients are available in products on the market right now.

As of now, the FDA decided that Requisom can be available only with a prescription, but it may visit the possibility of over-the-counter access in the future.