Andrew C Schwabe is an entrepreneur, musician, film producer and a humanitarian. He is the founder of Countdown Productions, an independent film production group. 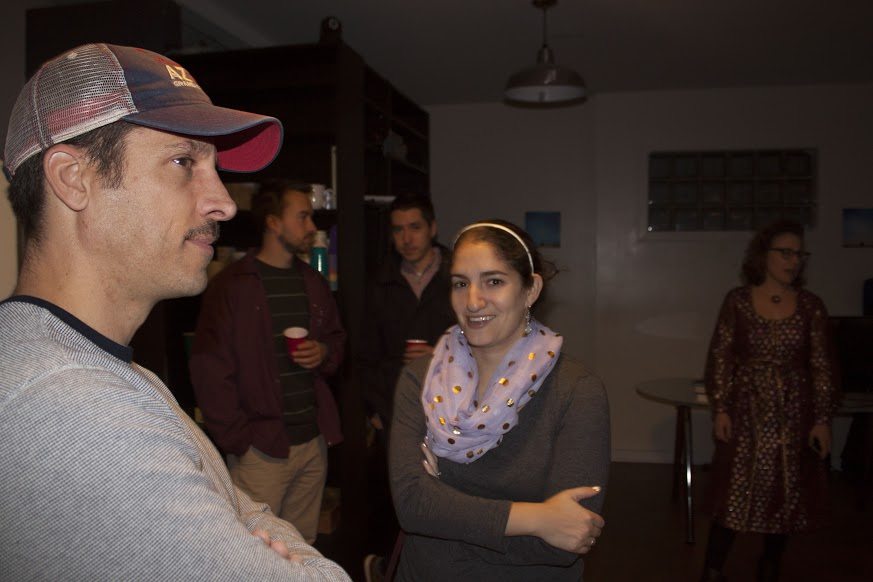 Mark was sporting a precursory ‘cop-mustache’ for Movember.

It’s an opportunity for men to gain permission from their wives or girlfriends in order to raise money for men’s health. It seems, despite our patriarchal roots, men still need an excuse to grow mustaches. 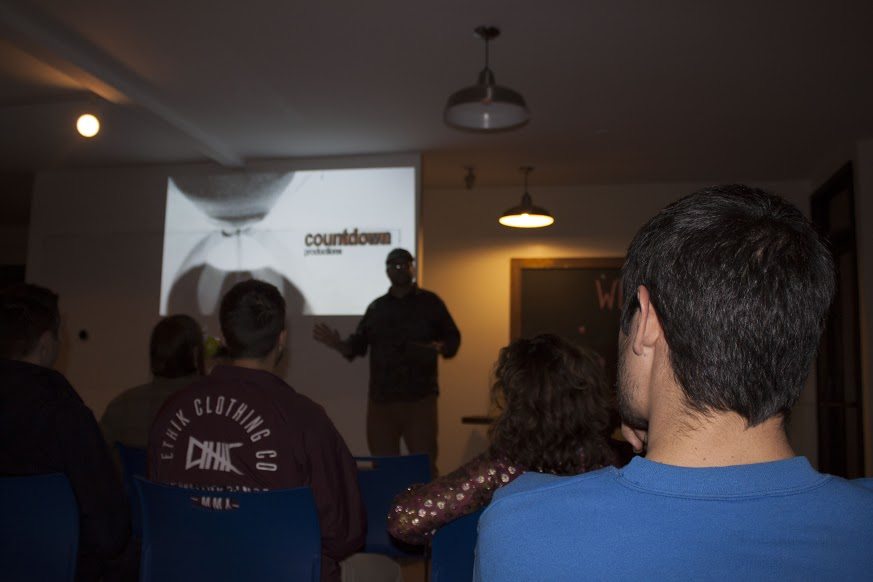 Andrew provided the storyline underlying his eclectic medley of film projects, most of which involved some degree of  gun play with live ammunition and blood.

Bloodlust was a reoccurring element throughout. 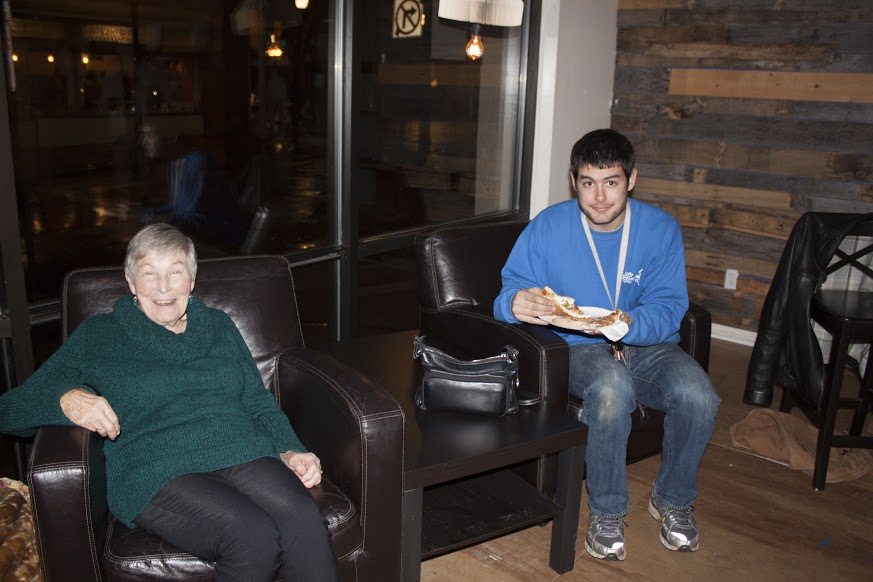 Jesse Piersol (our special events coordinator) brought her mother along, who happens to be one of sweetest people on the planet! 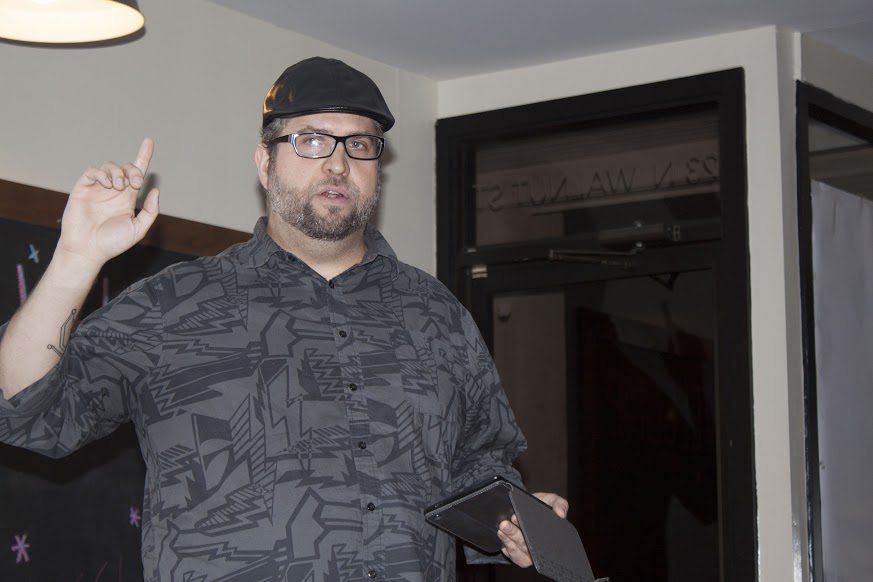 Andrew showed some graphic, yet artful clips from“Dark of Winter” and elucidated some of the film’s imagery.

Despite it’s violent overtones and our lack of exposure to the entire piece, it was obvious that each detail was chosen with the end in mind. Let’s just say that the murders were most certainly premeditated. 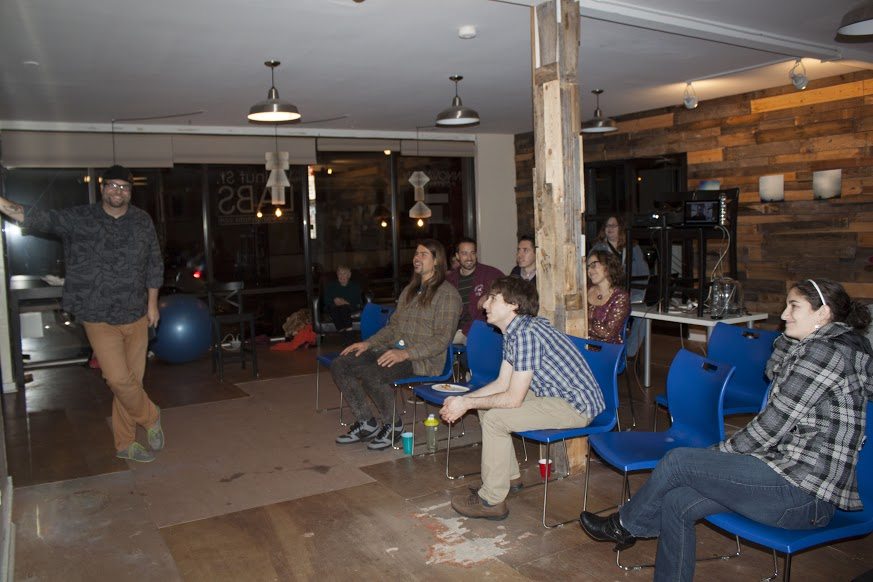 “This is how we do Romance” (password: “romance”) was a really interesting commentary on relational dynamics.

In line with the Schwabe aesthetic, its portrayal was extremely twisted, dark and strangely hilarious!

Mrs. Schwabe, Rebecca, was kind enough to facilitate the technical operations and baked some righteous cupcakes! As Andrew would say, “they rawked!” 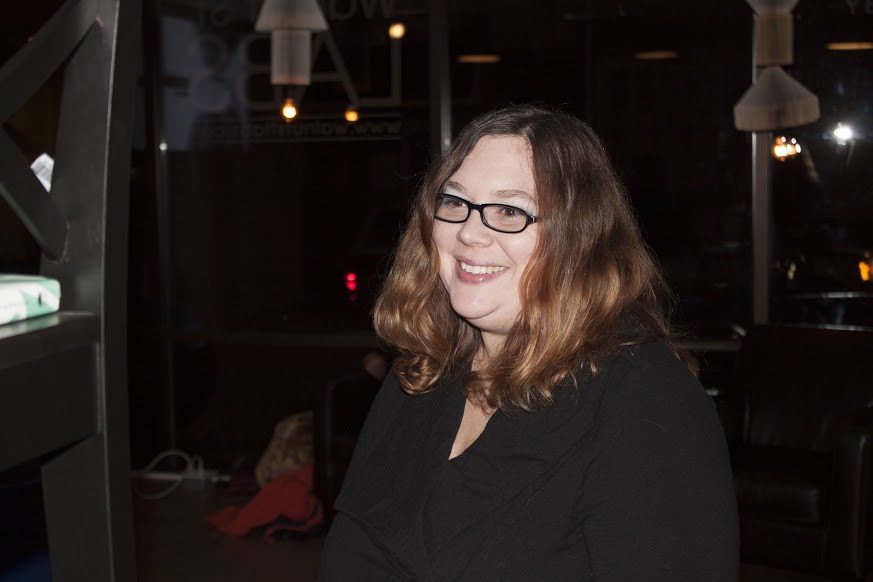 Andrew shot part of a documentary about Aboriginal Australia filmed in Queensland Australia in 2012, and will be showing a rough cut of the footage. It was never finished because the majority of the film is about his friend who passed away 2 months after it was recorded.

The Schwabes’ documentary revealed a completely different side of Countdown Productions. 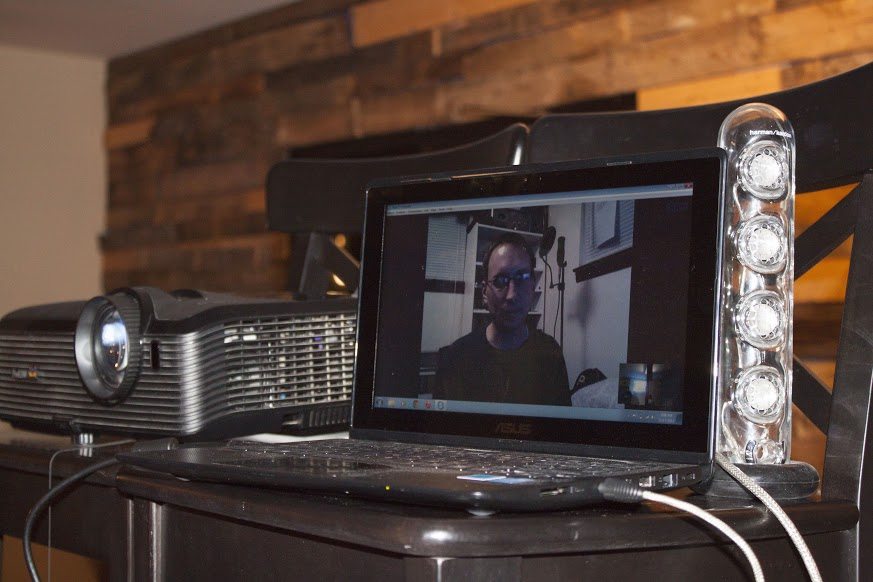 Andrew skyped in a call to his director and childhood friend, Mr. David C Snyder of HWIC Filmworks.

They fielded some seriously thoughtful questions and reminisced about their process. 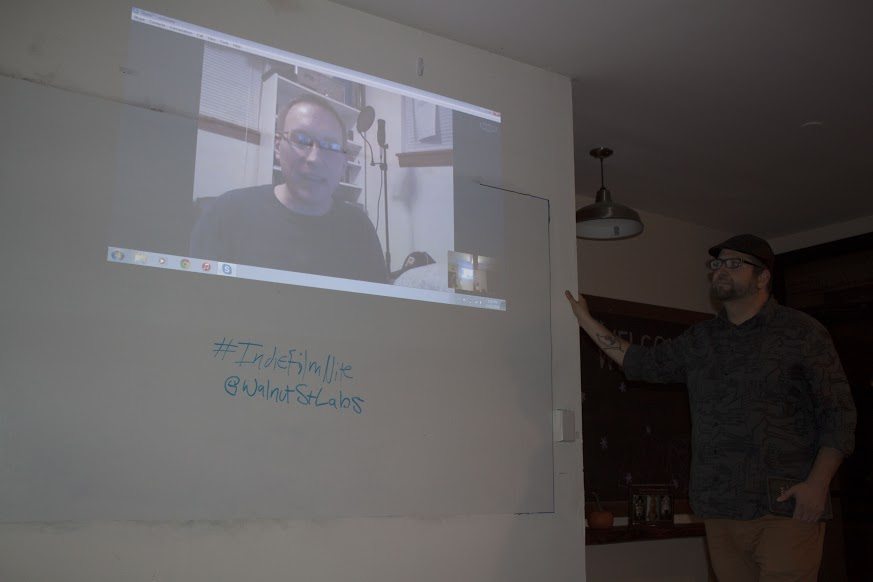 It was heartwarming to see Andy and David discuss their lifelong friendship and their love for indie film.

Their collaborative efforts have amounted to such a creative and provocative body of independent films.