“I think it was Brenae Brown that said, ‘the birthplace of all innovation and creativity is vulnerability’. So, we have to start by saying, ‘What are the risks?’ and accept that we might fall on our faces. Mistakes are a precondition to being an innovator.”
— Dr. Alan Wright, @SosteNica 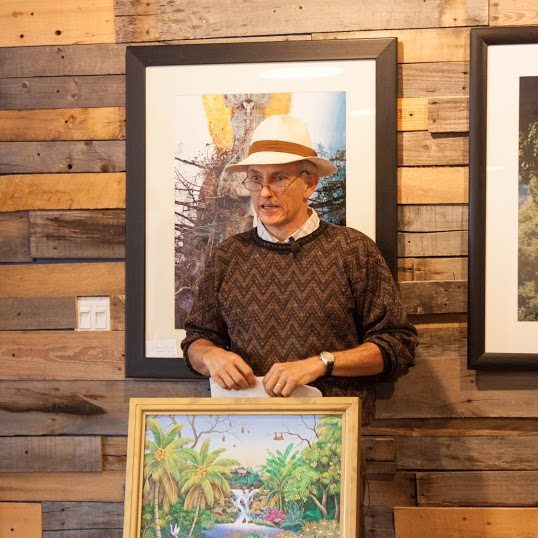 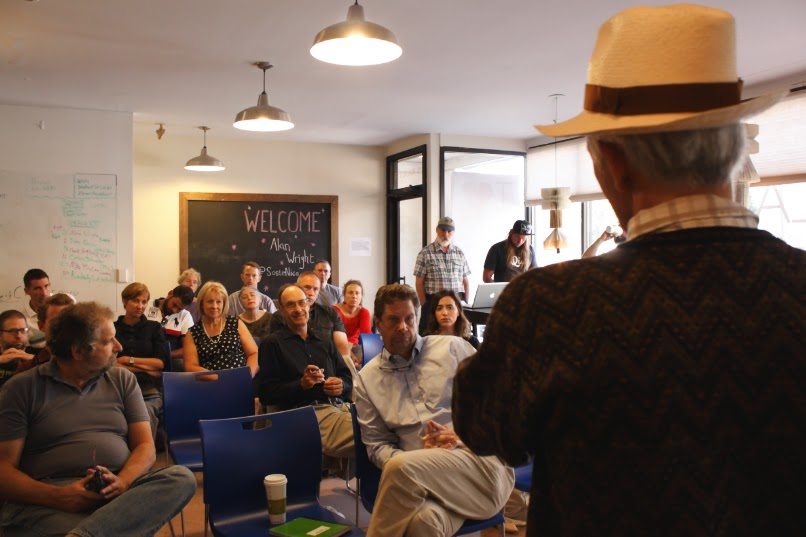 “But, what is innovation? Heraclitus said, ‘you never step in the same river twice’, which means what? Well, (it means) the world is constantly changing, but we as people, are looking for stability, we’re looking for sameness and that is inauthentic to the nature of change. What is authentic is innovation. Noticing that today is different than what it was yesterday, and how am I going to respond differently?”
— Dr. Alan Wright, @SosteNica 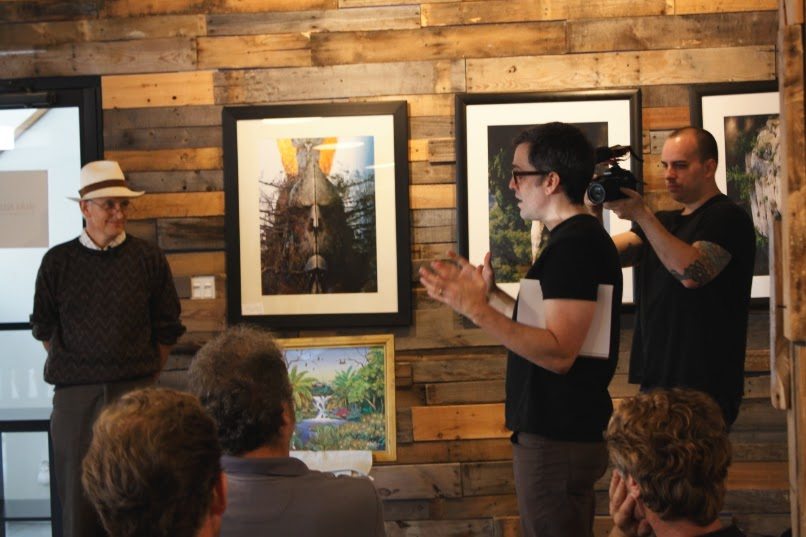 “To innovate is great, but its even better if we innovate with a purpose. The Dalai Lama said, ‘the purpose of life is happiness’. Socrates, 2500 years before that said, ‘Everyone is driven by a longing to be happy’. We (@SosteNica) are innovating for happiness.” — Dr. Alan Wright, @SosteNica 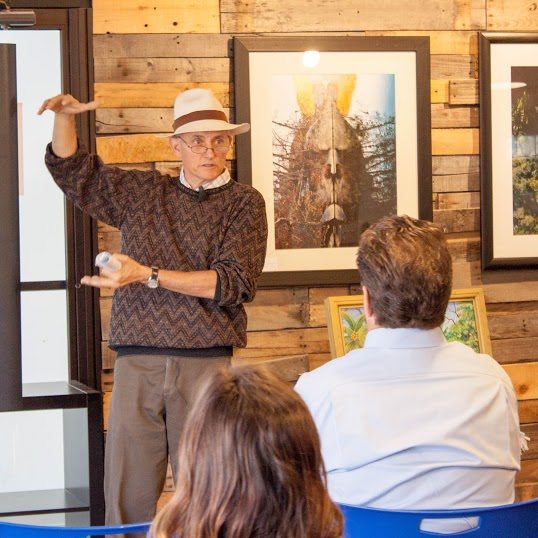 “In United States today, we spend 5% of annual income buying food, based off of an average American’s annual earnings. The French spend twice that, 10% and Italians spend even more %15. The Nicaraguan government estimated that it would cost an average of $280 a month for a family for five Nicaeagua to spend on basic foods (beans and rice, etc.).”
— Dr. Alan Wright, @SosteNica 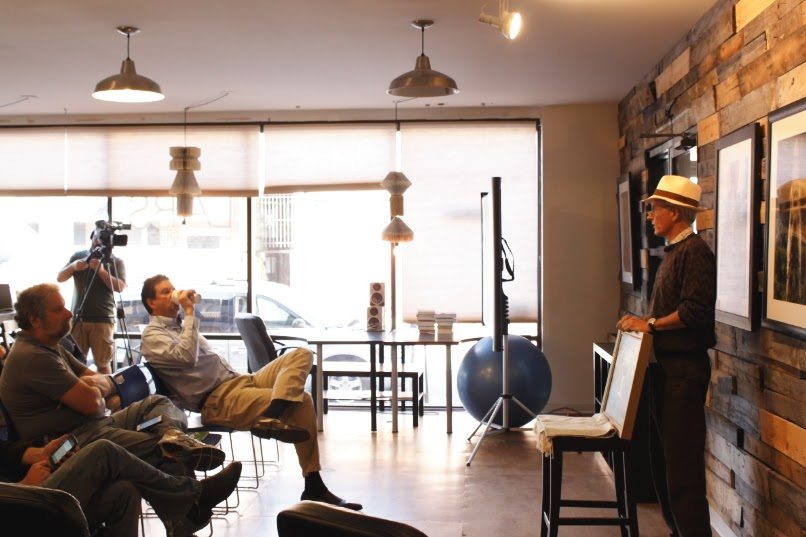 “The problem is that everyone has very low income in Nicaragua. People make about 120 bucks a month, two adults working full-time just to make enough money to spend 100% of both their incomes on food… So, we decided to open up seed banks, teach them to diversify their crops, build water catchments, and initiate a micro-loan lending system in order to help change this disparity.”
— Dr. Alan Wright, @SosteNica 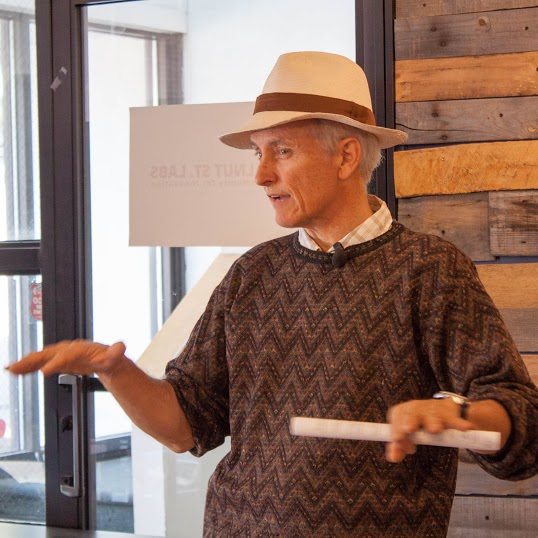 “People don’t think about crop diversification. We taught Nicaraguans to plants different kinds of crops, so that people can survive one or two bad crops, rather than investing all their time and money on one crop that may or may not succeed.”
— Dr. Alan Wright, @SosteNica 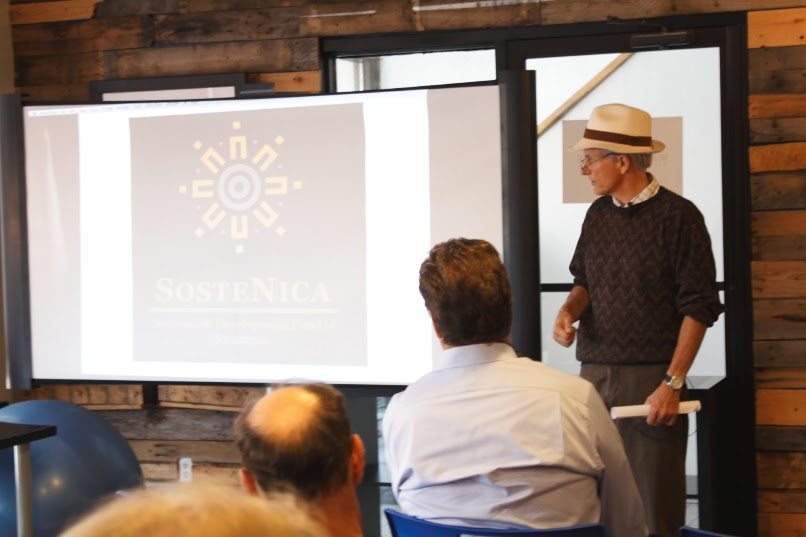 “We also taught people how to produce home-made fertilizer. Rather than spraying harsh chemicals on their crops, we showed them how to process cow manure to make fertilizer organically.” — Dr. Alan Wright, @SosteNica 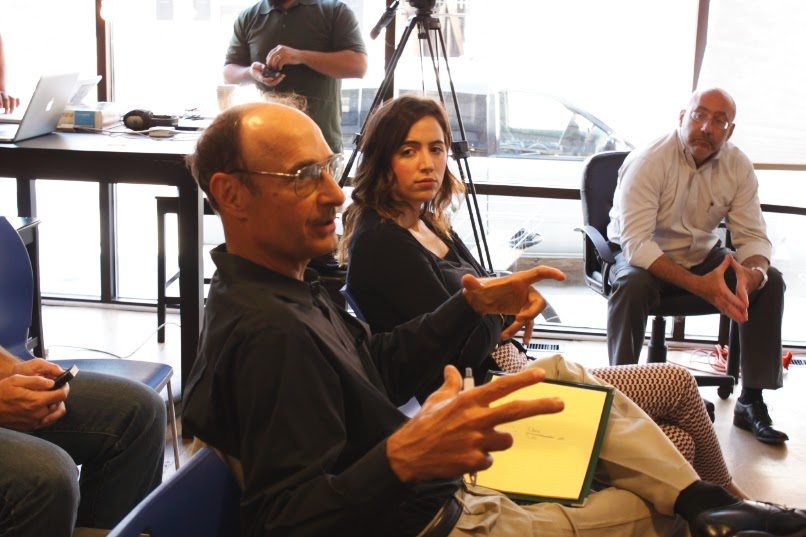 “We also setup a seed bank and decided to lend people plantain corns, instead of money.” — Dr. Alan Wright, @SosteNica 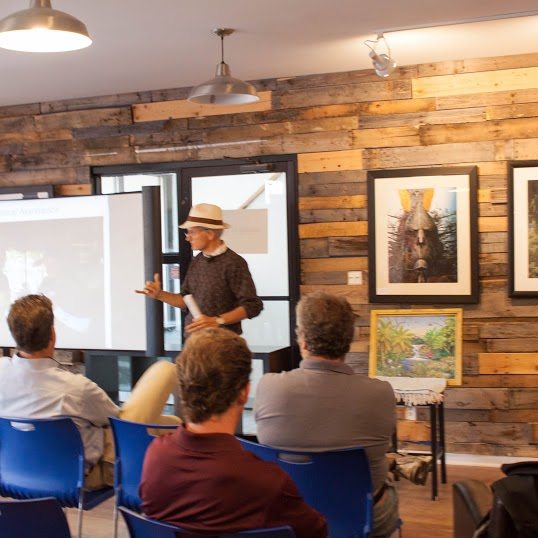 “Daniella Zapata owned a weaving company that was unable to make their product because she lacked the funds to run her business. We lended her $500, which by lending standards was a small amount of money, a micro-loan. They set up these looms and in four months they gave us 500 dollars of product … And 24 years later, the women in weaving co-op no longer need loans and are still running their business.”
— Dr. Alan Wright, @SosteNica 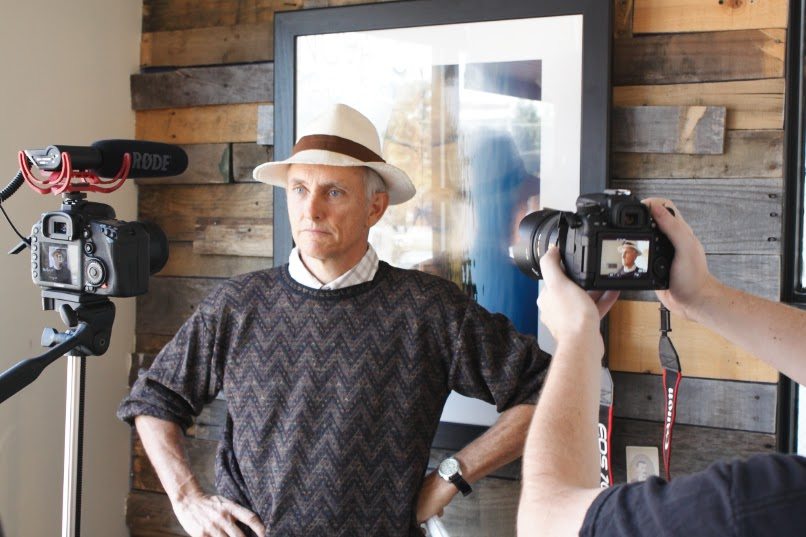 “I’d like to end with a poem from one of my favorite poets, Mary Oliver:

‘My work is loving the world.
Here the sunflowers,
there the hummingbird —
equal seekers of sweetness.
Here the quickening yeast;
there the blue plums.
Here the clam deep in the speckled sand.
Are my boots old?
Is my coat torn?
Am I no longer young,
and still not half-perfect?
Let me keep my mind on what matters,
which is my work,
which is mostly standing still
and learning to be astonished.'”