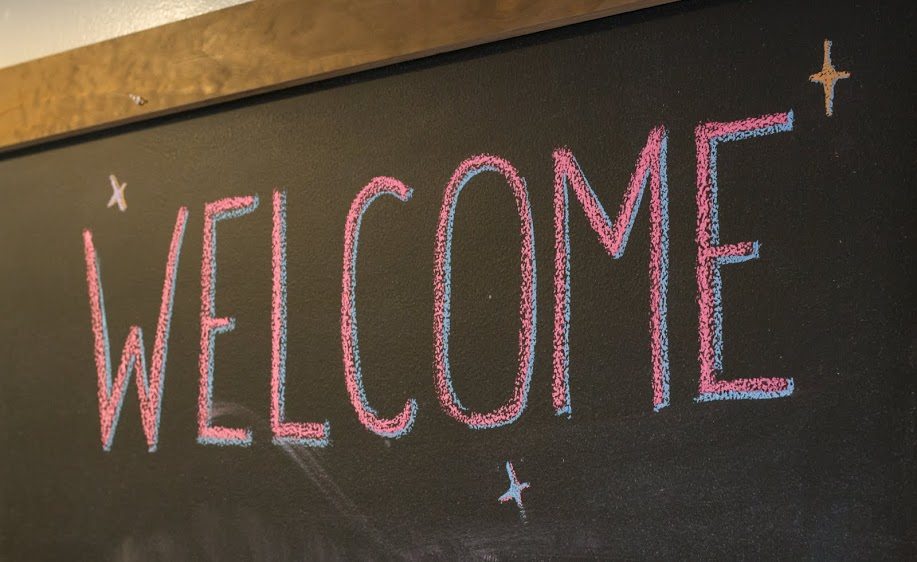 “I was born in a small town in Virginia. How many people here are from West Chester that have always lived here? Anybody form Delaware? Anybody from Virginia? South Carolina? Florida? Georgia? Kansas? Arkansas? Tennessee? Well, I’ve lived in all those place and that is the reason I have so many stories to tell. Every place I went I met interesting people and did interesting things.” 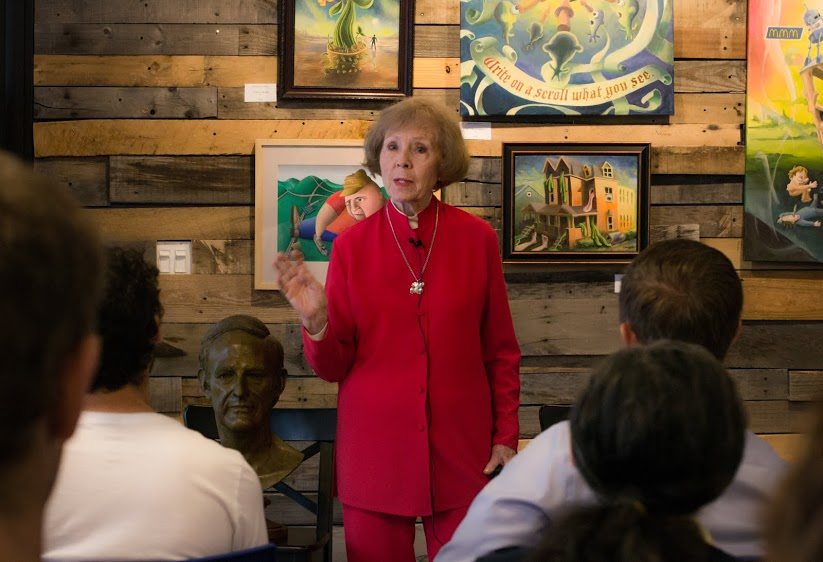 “I was born in a small town in Virginia. Woodstock, VA, not the other Woodstock.They was nothing going on in that town and I made my singing debut at age six, in the only theater in town. My Parents didn’t have enough money to buy a piano. So, my mother took me to a piano teacher and I got a Piano book and in the back it had a cardboard keyboard, which we cut out and pasted in on the desk. And that’s how started.” 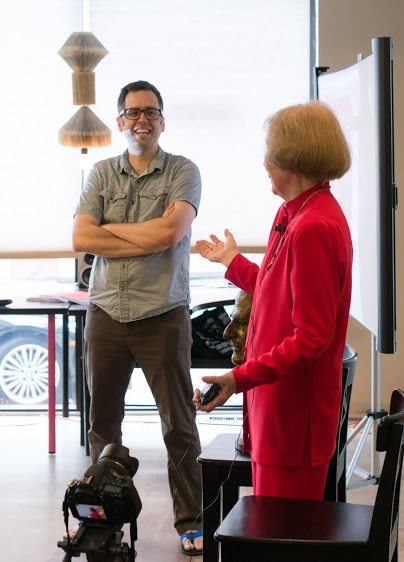 “Within a year, when I was nine years old, I won a state competition in piano. When I was ten, I won again, and at eleven I won again.That year there was a man that was a judge, who taught Piano at Hollins college, in Roanoke, VA. And he said ‘Well Miss Dickenson, when you grow up I’d like for you to come to Hollins and study piano with me’, and I did! But between then there was a second world war.” 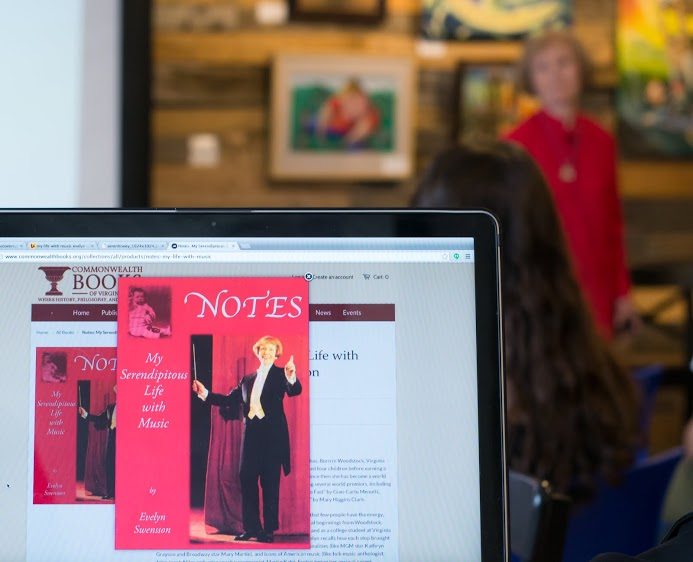 “He (General Patton) and my father during that time joined the army, which is why I lived in all those different places. I was with my father when he was getting his training in the Army, and fought in the Second War. It so happens that my father’s unit liberated Luxembourg! And when they (Luxembourg ) were celebrating their sixtieth anniversary of the liberation of Luxembourg I received an email fro their government, saying ‘would you please come and represent your father, so my sister and I went and I sang at the American Cemetery. 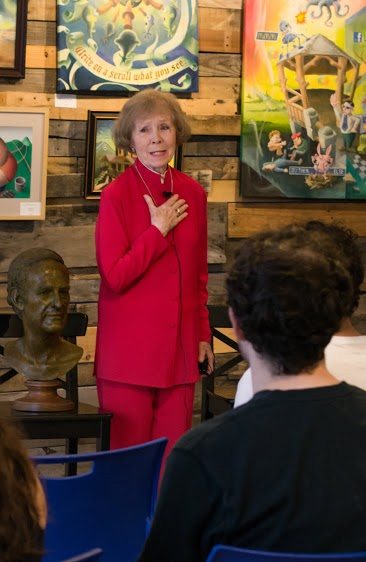 “In the thirties, my father play Polo with George Patton (General Patton) in the cavalry. George was a Major and my Dad was a Lieutenant. Interestingly enough, when I went to sing in Luxembourg, General Patton’s Granddaughter was there.I was asked what she was doing in Luxembourg, and she said ‘I’m living in Germany, I married a German Doctor’. And it turns out that her husband’s grandfather was to be killed in a firing squad by the Russians, but was saved by her grandfather General Patton. Every chapter in book was an interesting story like that you’d never imagine could actually happen.” 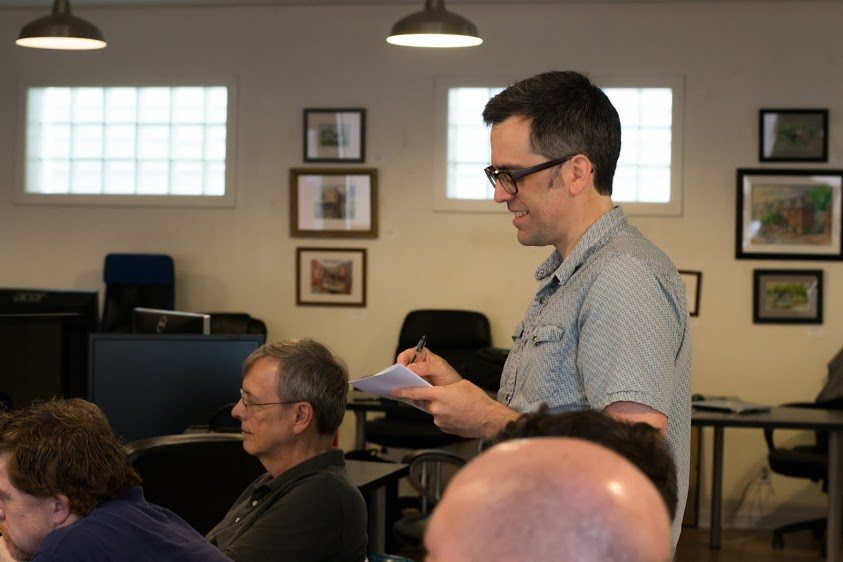 “What seems like everybody I meet, there is somebody that I know that you know. That’s been the fun and the exciting part of my life.”

“So here I am, Im 85 and I’ve just written a book and I’m still working. And last night at four in the morning I got an idea for a song, so I stayed up for an hour and finished my song.” 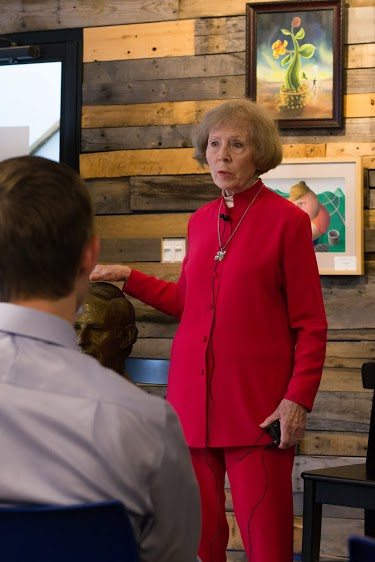 “In these small towns where there were Dupont Nylon plants there was really not much going on because the town didn’t have anyone to direct or organize things. So I would get all the choirs together in the the whole county, whichever town I was in, and we would perform ‘The Messiah’,’Elijah’ and all those big choral pieces. Well, I just loved directing it, and of course the whole town loved it. And the whole town came out. And They were all free because I didn’t charge anything. I just borrowed the music found the soloists and it all worked out.” 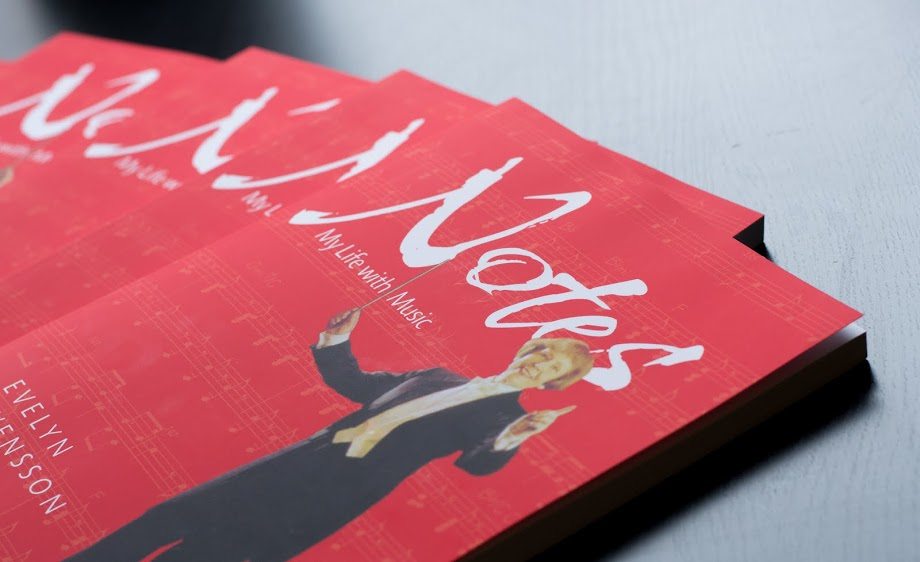 (During the times of Segregation) “One interesting thing, When I did “Elijah” I had four little children at home, and a Black lady that helped me with the kids ask me, ‘May I come (to the show)?’, and I said ‘Well, of course! Its free and open to the public’. And she asked me, ‘Could I bring the people from my church?’ and I said “Of course!”. So they all came. I was new in town and didn’t even realize that they hadn’t ever set foot in the (White) High School.There were no tickets and no ushers, so they filled the whole balcony.” 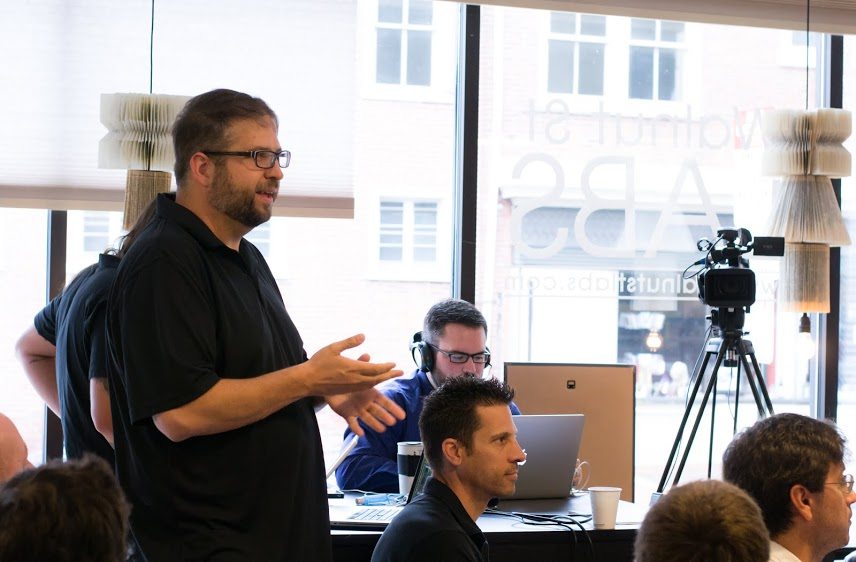 One lady (who attended the concert in the White high school), a teacher, in the Black school wrote me a letter. I never met her because we moved right after that. It was the most beautiful letter I’ve ever gotten in my life. And when we were planning the my book, my son called and said,’Mom you got to put that letter in about Mrs. Watson because thats (first desegregated concert in that area) most best thing that you’ve ever done in your whole life’. 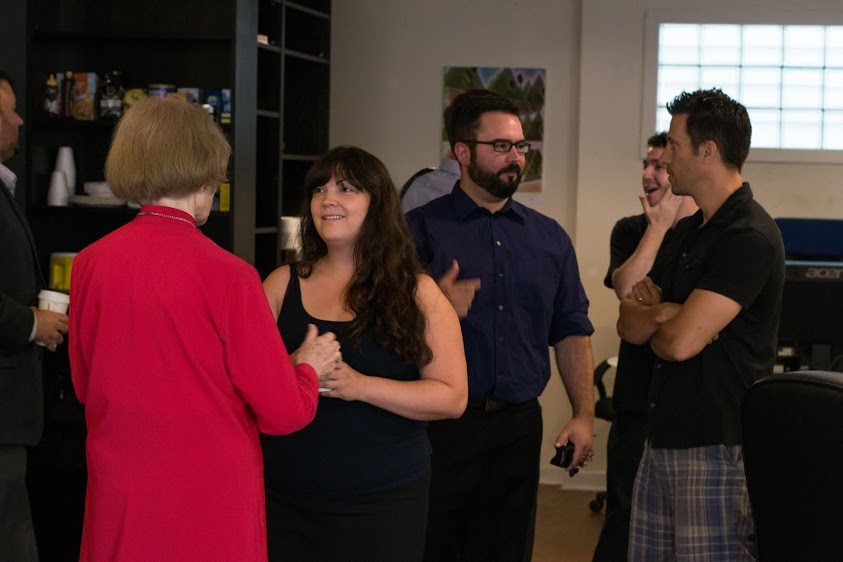 “So here I am, I’ve got a brand new BMW because my son in Tampa sells BMWs (audience laughs). And he says, “Mom, you got to join the human race. You need a GPS because your going to have all these book signings, and you need to know where your going.’ And Im going to all these towns where i used to live because there in my book, and thats a lot of fun.” 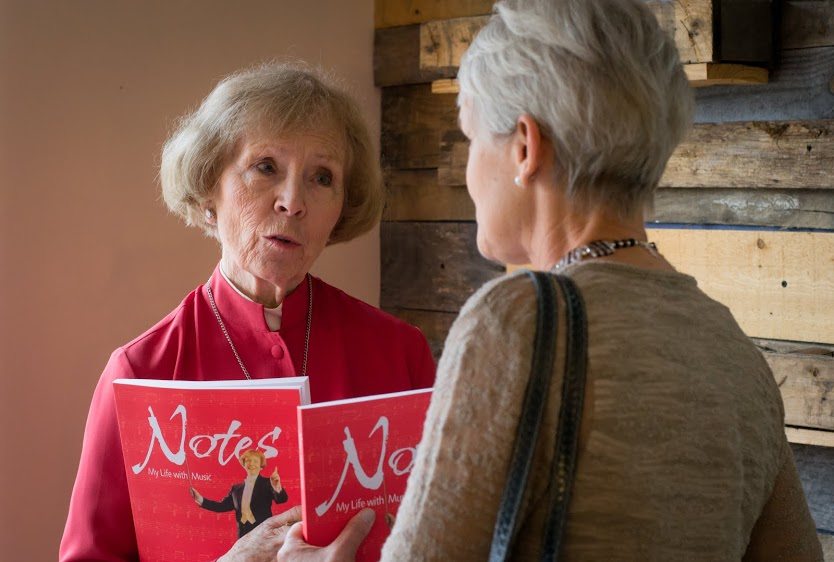 “So, I just keep reinventing my life. I don’t know how it happens. It just does. Now I have a GPS and now I have a smart phone. Im just beginning to learn how to use it (85 years old)… As long as I have the energy and the health, I’m just going to keep learning new things.” 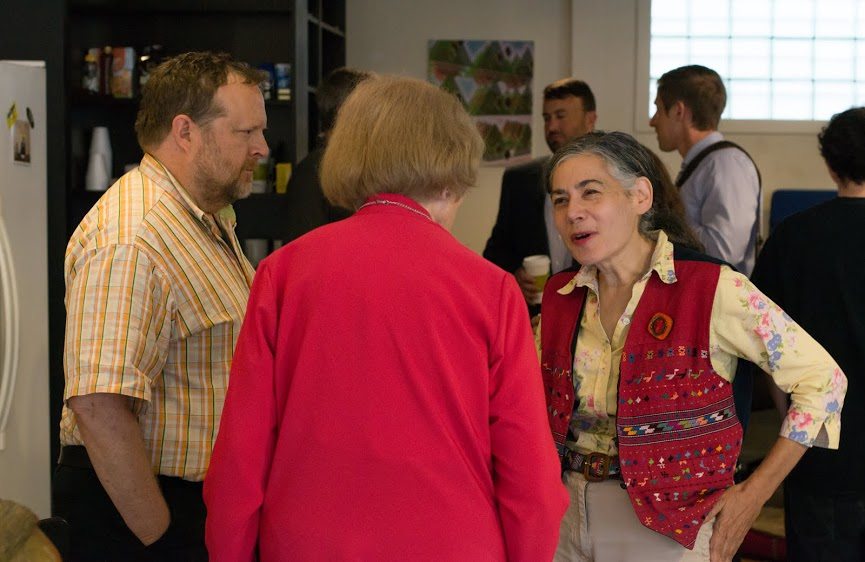 “People keep asking me, “where do you keep getting these creative ideas”. I’ve always been a church choir whenever I’ve lived and I’ve always believed if God made my brain, then he’s sending me messages. So, even before there was computers I called it Capital “G”Mail (audience laughs).” 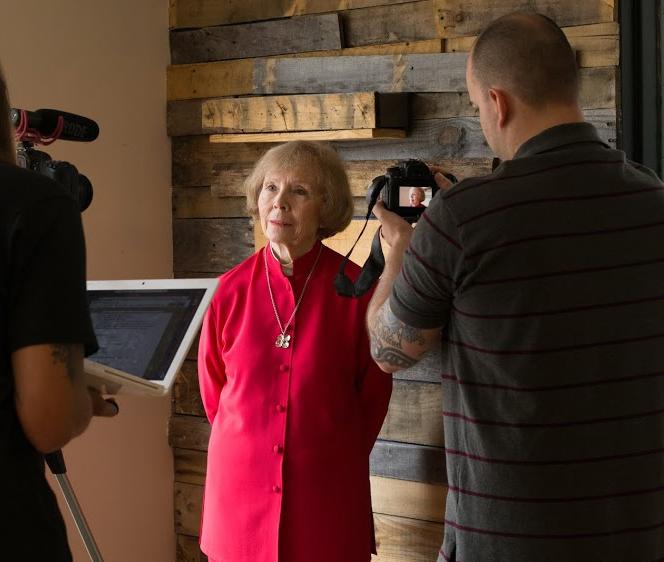 “I get ideas, and I have a piece of paper and a pencil next to my bed, always have. I write down things because I don’t want to forget it when I wake up in the morning.” 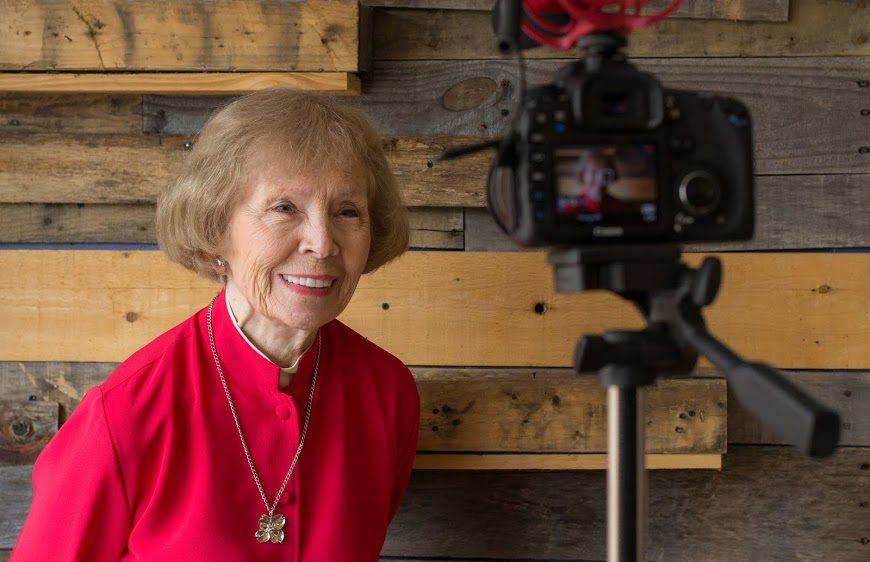 “West Chester was really my grounds for finding talent for my shows. I like people. I want to know where they’re from and what they do. I don’t think anyone is a stranger ”