“Technical.ly Philly approached me when they heard I was looking for a job. And I didn’t know anything about the Philly tech scene. I didn’t actually even really know that existed. So, I was just thrown right into it” 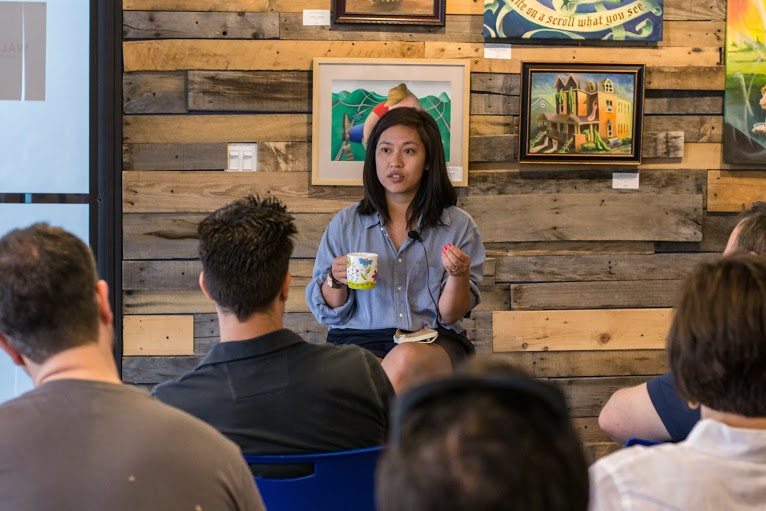 “We (at Technically Philly) cover the Philly tech scene very very closely, the city and the greater Philly tech scene. Really closely. It’s not like, say the Inquirer business section. They’ll do a story about a company only when that company is going public or when something really big is happening. We’ll cover it from the beginning, and every stage in between.” 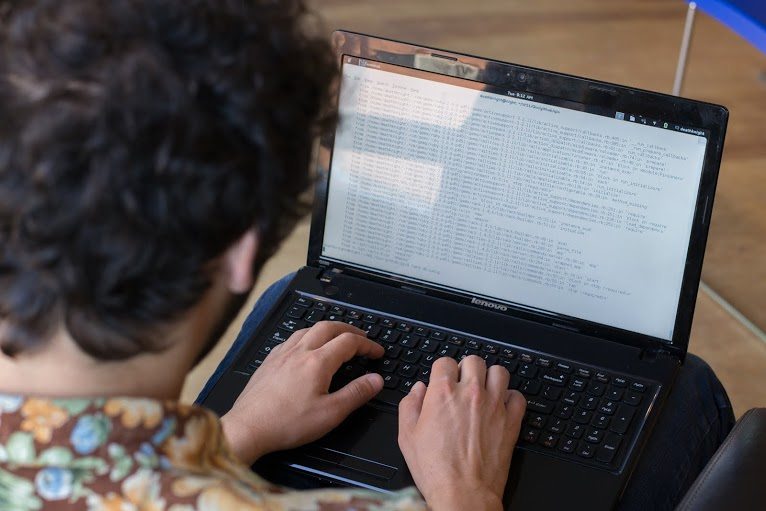 “When Walnut St. Labs opened up I wrote a story about it. I asked him (Chris Dima) to keep me posted throughout the writing of the story. I wanted to know everything that happened after that. I wanted to know if they got a grant, or if a new company was here, and what their upcoming events were. And its that sort of community-based reporting, which we really pride ourselves on.” 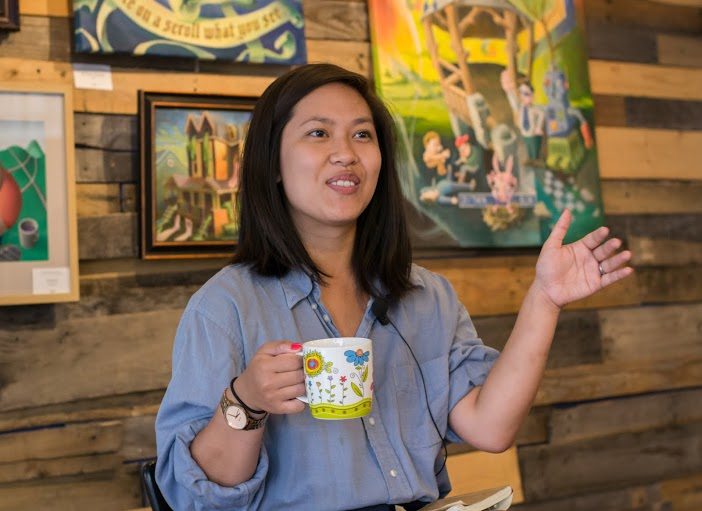 “What I really care about is meeting with people. Meeting people that work in startups, meeting people that work in government, or meeting people who teach STEM. Its all about the people behind these business. Its cool and its impressive if your making a lot of money or raising venture funding, but what I find really interesting about it is that human factor. Its not just, ‘look at what these smart people are doing, in terms of money!’, its also about personality, that human side of things.” 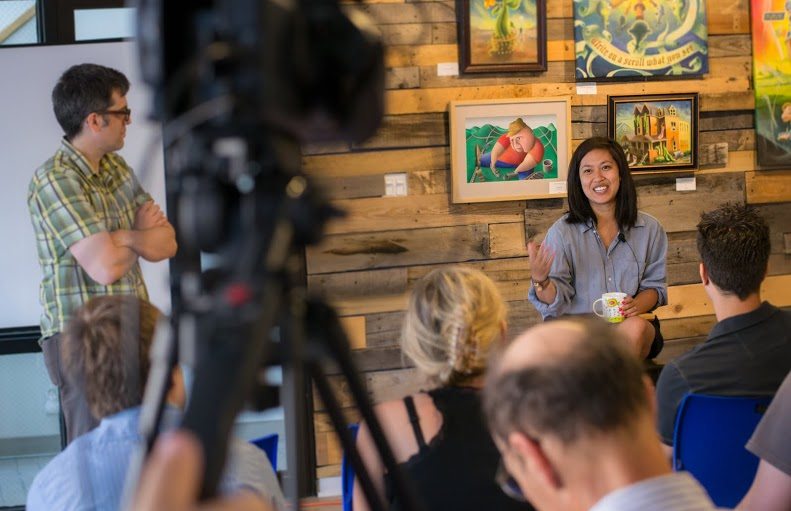 “We are so in the community. I see people at events and we talk all the time, and we have a good relationship with people, which can sometimes make it hard to ask the tougher questions. So, when I hear about a startup laying off a bunch of its employees, it can be really difficult to ask the CEO, ‘What’s up?, What’s going on here?’… That’s been one of my struggles over the past two years, finding a good balance.” 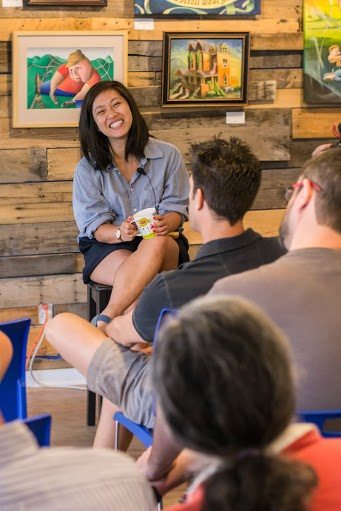 “Another big lesson I learned at this job is about not being afraid to look stupid. I was talking to one of the guys in SEPTA’s tech department … and I had to admit to him that I had know idea what he was talking about and he had to explain all of it to me. So, we talked for two hours and he drew me a diagram. And yet, it was one of the most fun stories I did, because he explained it to me and I learned it. I could explain it to people in a way that was actually useful to other people because this was something that city government was doing to make their services better, through the use technology”

“And, it took a certain amount of lowering my pride to admit and say ‘I don’t know what your talking about. Can you explain it to me?’. Its been a really big learning experience for me to accept that I might not know a lot, but can get it and people will explain it me. People will explain it to you, to anyone, if you just ask! I think people can be really generous with their knowledge.”

“The last thing that I’ve been thinking about a lot is that its not, I don’t know how to say this, but its not about the glory. Its hard to say that when a bunch of you guys are here to see me speak. Or when Im at a Philly Tech Week event and people are coming up to me and saying that they recognize my photo. I always feel really special…” 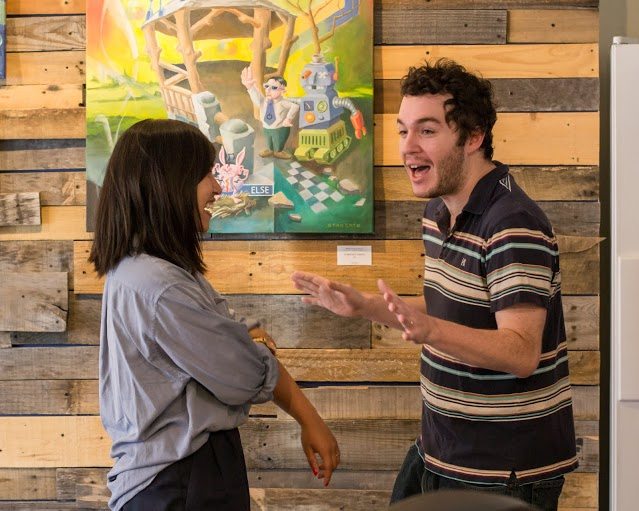 “And I think a lot of journalists have this idea that you wanna be that Woodward and Bernstein, you have to be muckraking and holding people accountable, which I think we do, but we also do a lot of other stuff. I looked to that (idea) and I thought I had to write all these controversial stories in order to make in an impact… But I write small pieces of new called Startup Roundups that are equally impactful. I get so many emails from people that the Startup Roundups is really important to them because it keeps them up to date and knowledge.” 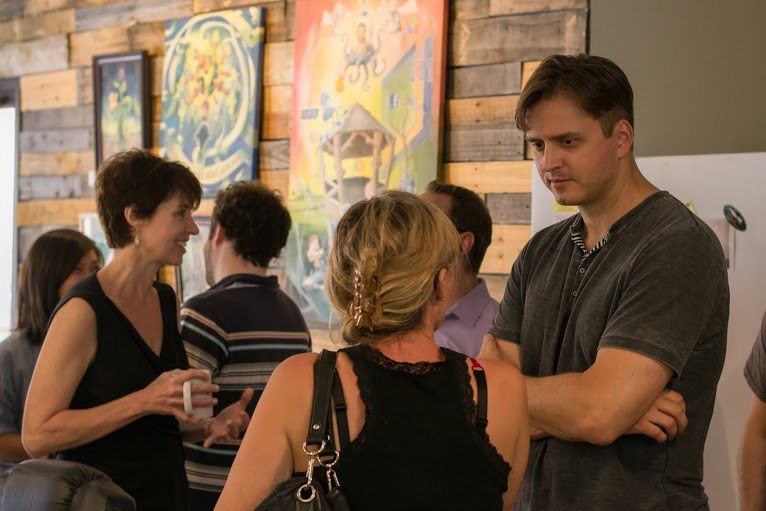 “I changed the way i look at what a good journalist is. Its not just someone who can take down the president. It can be someone who follows smallest movements of the community and if that means something to people, and it seems like it does (in the Philly area), then it can be just as powerful and impactful.” 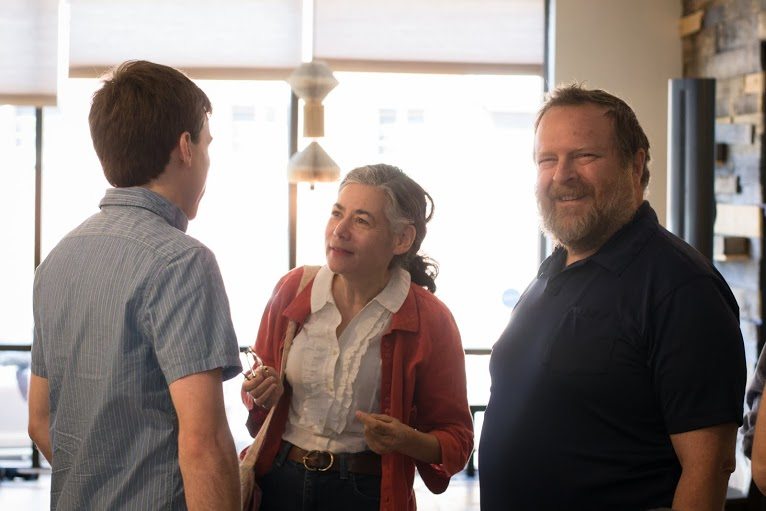 I saw a friend at a festival and he introduced me to another friend of his, and he said “You work at Technically? Your OUR reporter?” I don’t why, but hearing him say that really struck something in me. It reminded me, ‘Yes, I am YOUR reporter!’ That is my job, that is what I do! 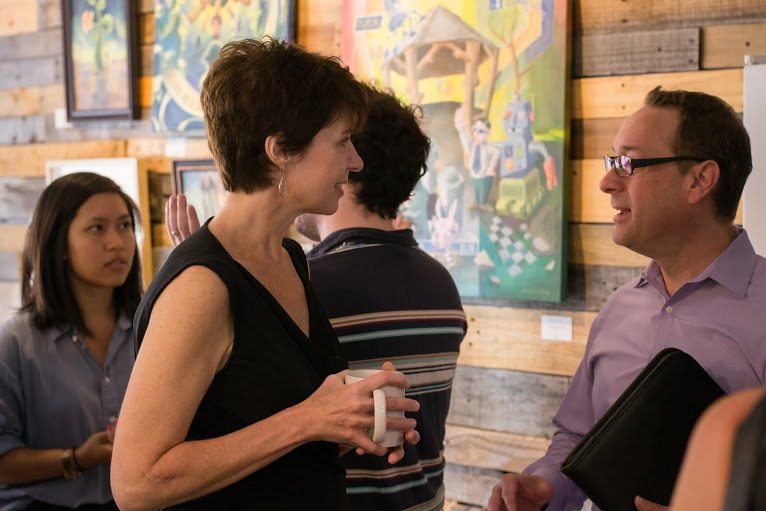