Michael Raber  joined us for a special edition of Night Owls last week. He talked to us about his new product, ClearCache and his plans to simplify configuration and managing of caching layers.

I realize the title sounds a bit too intense or serious to be a fitting description of the fun that we had learning and discussing caching layers, iOS apps and open sourcing, but I thought it sounded catchy. Truth is, most of the people in the room were unaware of the problems relating caching layers before Mike presented his new products, so his talk did have a educative or enlightening quality to it. 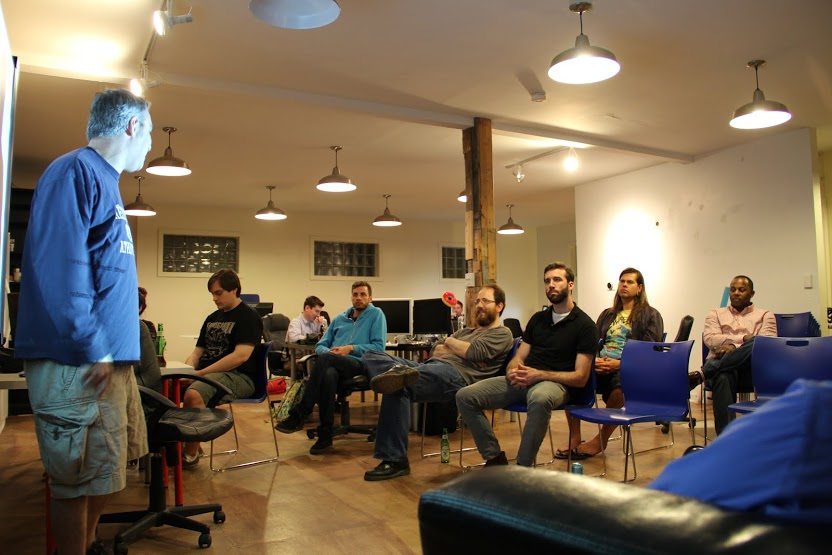 Although it was one of the more quantitative talks we’ve hosted thus far, it certainly expanded our technical understanding for those of us who were not familiar with Mike’s reasons for designing ClearCache and ControllerContext. As you can see from the first picture, Brad Miller, the most technically literate out of the bunch, is smiling and the rest of us are recognizably perplexed. Despite the visual evidence that we appeared to be considering defenestration, it was a really cool opportunity to learn about things that we tend to take for granted otherwise.

Mobile app developers spend a lot of time writing code to access remote data and assets (i.e. images) used within apps. ClearCache aims to simplify the configuring and managing of caching layers within the app. 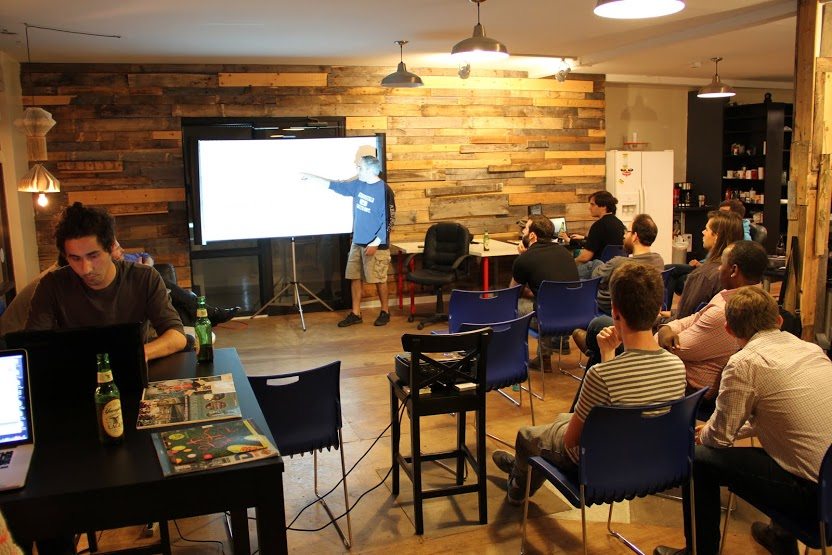 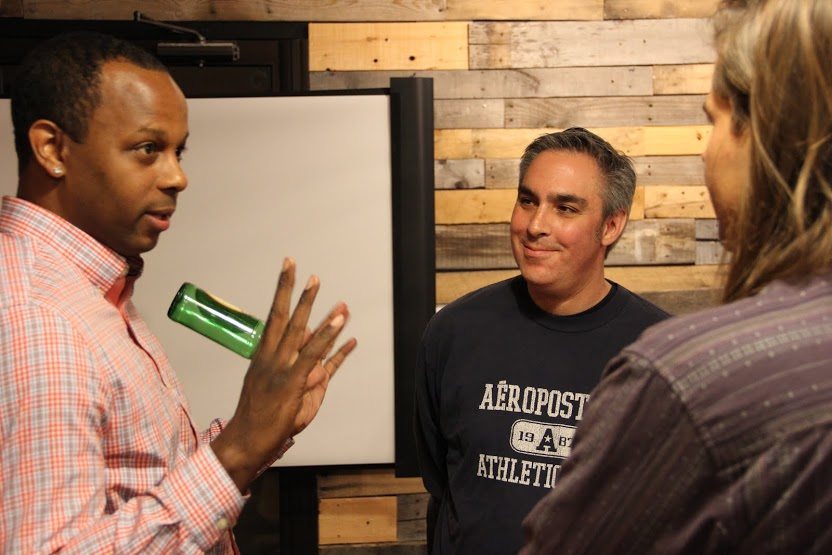 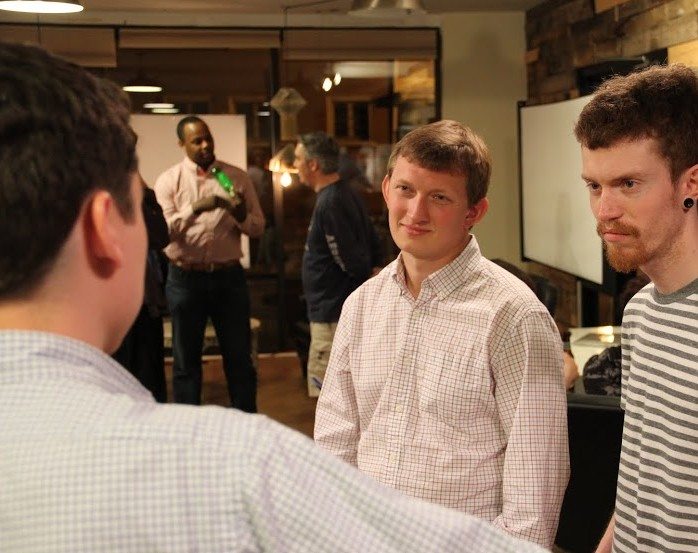 The ControllerContext object gives you this power and control for passing data back and forth between view controllers.The magic behind the ControllerContext is the combination of storing key/object pairs of data with the ability to control the scope of the data. 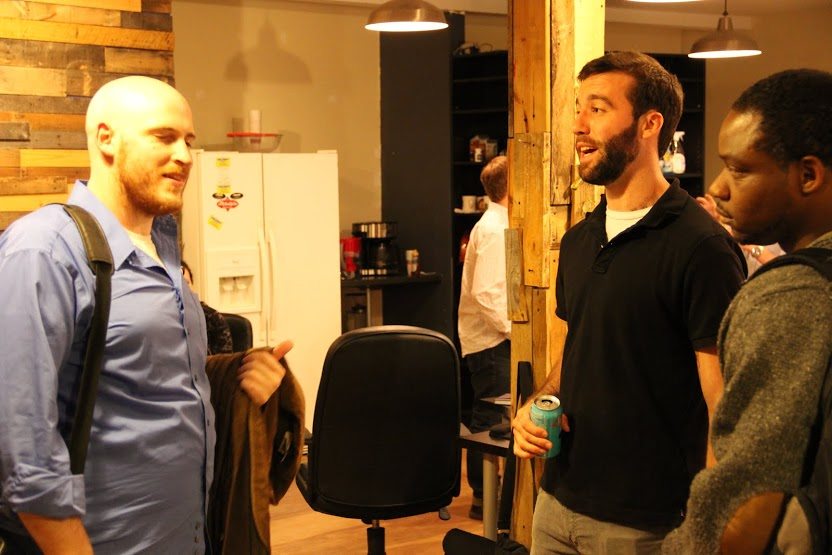 All and all, it was a really fun night of learning new things and meeting new people, which is what Night Owls is all about!