“Microsoft has been viewed as an Evil Empire for a long time, but its not structured like that anymore. And, Microsoft accounts for a huge percentage of the consumer base, so lets not count them out simply because they use a product that so many other people use”

“Microsoft contributes or supports to over 3000 open source projects, Im not gonna walk because of their reputation 20 years ago because that was 20 years ago”

“The interesting thing is that back in the day when IBM was the big evil empire company, Apple made that commercial that showed the miserable IBM workers who all looked the same and had that big hammer being thrown into the main computer, well look how people line up and walk in step for iphones now! The idea is that there is always a ‘big bad wolf.”. 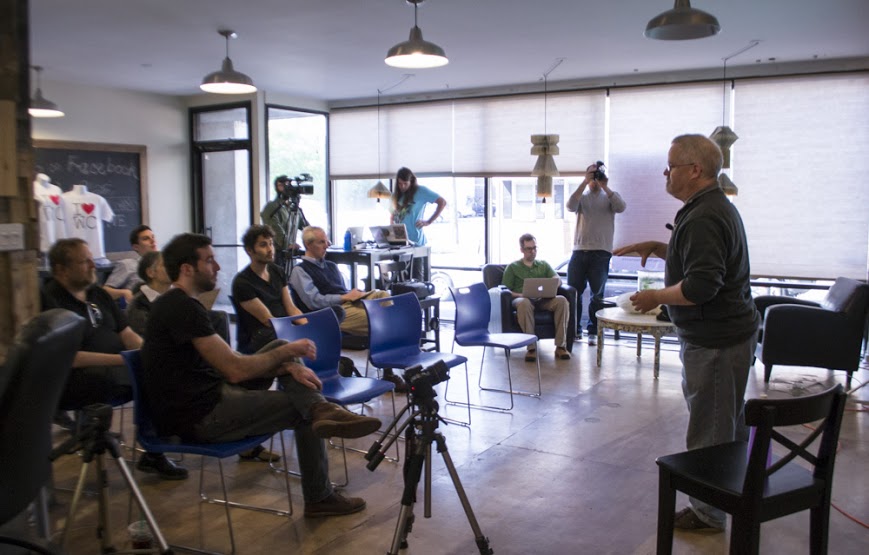 “Consulting is a young persons’ game, and Im getting older (and wiser). I can’t do it forever. So, I need to start transitioning my consulting company to a more product-centered model. The problem is that consulting is quick money, easy money and its hard to say no to quick money” 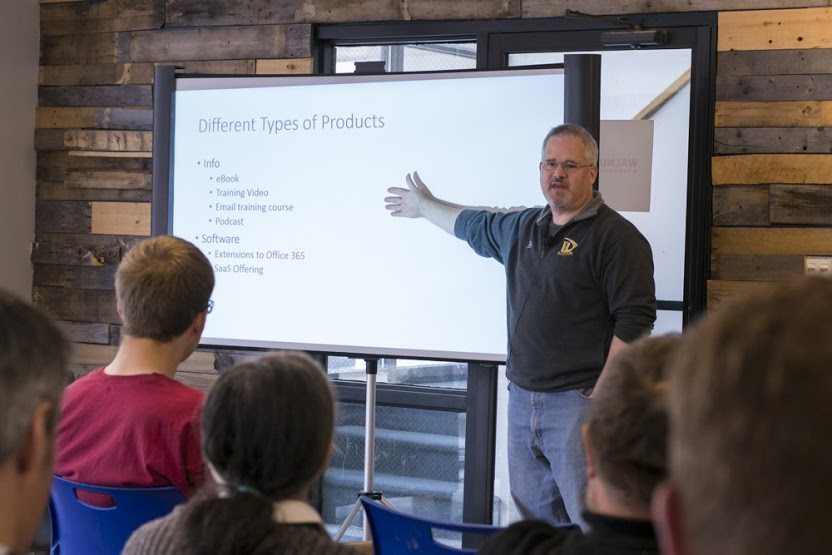 “Rather than investing all my time and energy in one product that could put me in the poor house if it fails, I’d like to grow a company around a number of different products and spread out my investments (like an incubator!)”

“My short term goals change, almost daily, because things happen and I inevitably a have to shift things around. When my basement flooded, I couldn’t say to my wife “Sorry hun, I have to finish this code”. Thats not realistic! So have a plan, have a schedule and realize its going to change. Tech changes so fast, you have to be able to roll with the punches”

Dave projected how many users rely on Office and other Microsoft products with a metric that he called a   WAG (Wild Ass Guess).  One of our regulars, Mike, pointed that Dave’s assertion was a very sophisticated wild ass guess, which we noticed resulted in a fairly trendy acronym S.W.A.G., coincidence? We think not! 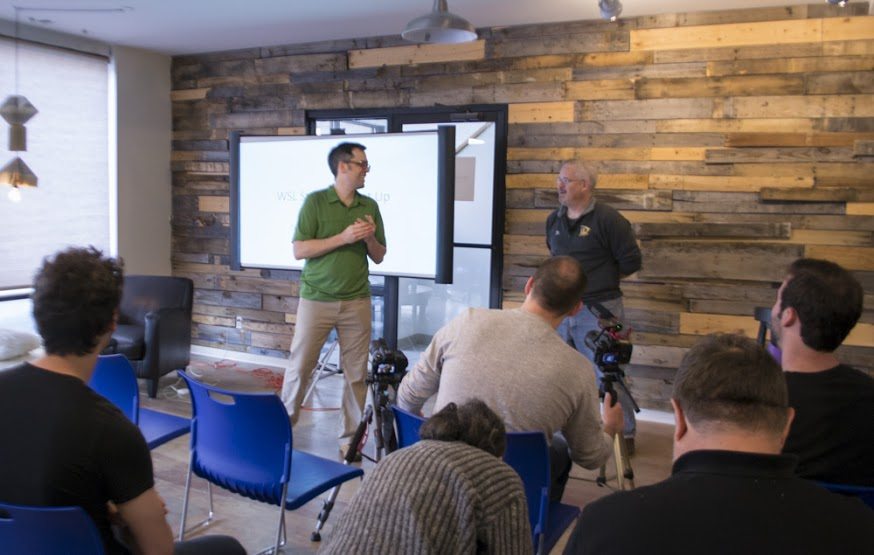 One Last Piece of Advice

“Once you learn your first programming language, it is much easier to learn the next one. The tricky part is to pick the right product  for the right problem. JavaScript is a great first language because its generally more forgiving than other languages”